A dream for GINA: new intelligence technology is being incorporated into warfighting, homeland security, and emergency management missions

Thanks to a lecture he attended as a student at the Naval Postgraduate School (NPS), Monterey, Calif., an Air Guard colonel is helping integrate intelligence-gathering technology into his unit's combat missions as well as homeland security missions and community emergency management networks.

That technology, Global Information Network Architecture, or GINA, allows users to access strands of information from enterprise systems and networks to gain precise situational awareness, rather than accessing huge chunks of intelligence and manually analyzing it. Moreover, the architecture can allow for interoperable communications when commercial networks are down following a disastrous event.

"The thing about GINA is its ability to identify one stream of information from an enterprise system, recode it, and send it back to another system we are operating in, " said Col Jeffrey Magram of the California Air National Guard's 129th Rescue Wing. "So it precludes from having to create a whole new system connection to access that information. We don't have to duplicate a system or that data. We get the source data when we need it, how we need it." GINA is easily adaptable and configurable and it will enable a warfighter or a first responder to use conventional systems, such as laptops and mobile devices, to extract pertinent time-sensitive mission information, Col Magram said.

He learned of the technology while attending the NPS Center for Homeland Defense and Security (CHDS), where he graduated in December 2011 with a master of arts in security studies. During his coursework, Col Magram attended a lecture by Dr. Thomas Anderson, who oversees GINA research at NPS. NPS conducts periodic exercises at Fort Hunter Liggett to experiment with practical applications to emerging technologies under development at the school, and GINA was one of those technologies tested at the Army Reserve training base.

Col Magram and his commander, Col Steven Butow, were impressed enough with GINA that their unit entered into Cooperative Research Development Agreement (CRADA) along with the Army Corps of Engineers to further develop command and control architecture for military and civil support functions. The effort is proceeding with testing at city, state, and federal levels. 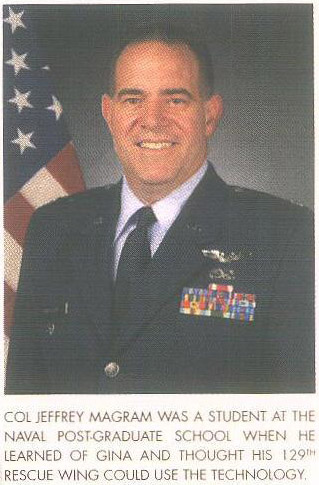 Col Butow said that the architecture has many implications for combat. For example, a Soldier clearing tunnels could have access to multiple sources of data that are tailored for his mission. If intelligence shows that incidents related to tunnels are occurring every six weeks, then the Soldier knows of that risk while performing the operation. He continues working on a project incorporating the technology into the 129th Rescue Wing's MC-130s: The lightning pod could extend from the back of each MC-130, and links to a cockpit computer could be configured to communicate and access data from other military systems. When the 129th Rescue Wing deploys next year to the Horn of Africa and Afghanistan, it plans to take GINA with it.

On the statewide front, the California National Guard is using GINA to gauge its potential in counter narcotics investigations. The Guard is using data and sensor streams gleaned from the U.S. Customs Border Patrol that was processed with data from the California High Intensity Drug Trafficking Areas, along with real-time information input by agents using handheld devices.

"This type of cultural geography is essential to mapping predictive organizational behavior," Col Magram said. "It is the next generation of information that true interoperability will provide. This capability would also be highly beneficial in mitigating loss of life and facilitating response efforts during a complex catastrophe."

Along with military and law enforcement applications, GINA proves beneficial to emergency managers working at the local level. The city of Palo Alto, Calif., is working with the 129th Rescue Wing incorporating GINA as part of a broader community disaster network test bed, said Kenneth Dueker, the city's emergency management director. The aim of that network is to link neighboring jurisdictions, the private sector, and nongovernmental organizations responding to disasters when traditional communication channels are not functioning. The city plans to arm community volunteers with iPads to document damages following a disaster, enabling responders to better allocate resources. The GINA piece involves a high-speed microwave data link with the 129th Rescue Air Wing.

"That's our first leg in what will be a resilient network that will not be reliant on commercial carriers," Mr. Dueker said.

"That's important because we can do all the planning we want, but if you don't have real-time connectivity, that's a big gap."

GINA would also be a part of enabling the city to share intelligence with neighboring first responders. While useful in responding to large-scale events, this information-sharing would be helpful when, for example, nearby Stanford University hosts a dignitary or a VIP is visiting the area. "I'm not interested in having things we can only use in a major catastrophe; we're interested in day-to-day collaboration," Mr. Dueker said.

Funded by the Federal Emergency Management Agency, CHDS was established in 2002 and is located at the Naval Postgraduate School, to provide graduate education to homeland security professionals from federal, tribal, territorial, state, and local jurisdictions. Master's Degree Program graduates complete a thesis on a current issue facing their jurisdiction. The Center also offers executive education, self-study classes, and educational resources. 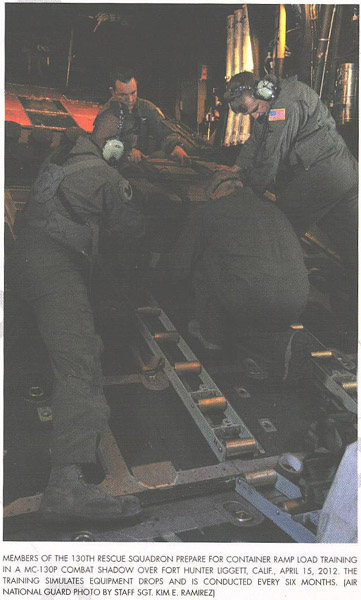 Please note: Some tables or figures were omitted from this article.