Christiaan N. Barnard was born on November 8, 1922, in Beaufort West, South Africa. He received his early education in Beaufort West and then went on to the University of Cape Town, where he received an M.D. in 1953. Barnard worked for a short time as a general practitioner before joining the Cape Town Medical School staff as a research fellow in surgery. With the hope of pursuing his research interests and gaining new surgical skills and experiences, he enrolled at the University of Minnesota Medical School (1955). After two years of study with Dr. Owen H. Wangensteen he received his Ph.D. from Minnesota and returned to his native country to embark upon a career as a cardiothoracic surgeon.

Before he left for America (1953-1955), Barnard had gained recognition for research in gastrointestinal pathology. He proved that the fatal birth defect known as congenital intestinal atresia (a gap in the small intestines) was due to the fetus receiving an inadequate supply of blood during pregnancy and that it could be remedied by a surgical procedure.

Upon his return to South Africa, he introduced open-heart surgery to that country, designed artificial valves for the human heart, and experimented with the transplantation of the hearts of dogs. All of this served as preparation for his 1967 human heart transplant.

Although Barnard was a pioneering cardiac surgeon, his innovations were founded upon a half-century of experimental heart surgery that preceded them. Of crucial importance was the first use of hypothermia (artificial lowering of the body temperature) in 1952 and the introduction in the following year of an effective heart-lung machine. These advances, combined with other techniques perfected in the 1960s, enabled a surgeon for the first time to operate upon a heart that was motionless and free of blood. 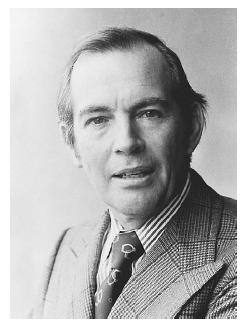 After a decade of heart surgery, Barnard felt ready to accept the challenge posed by the transplantation of the human heart. In 1967 he encountered Louis Washkansky, a 54-year-old patient who suffered from extensive coronary artery disease and who agreed to undergo a heart transplant operation. On December 2, 1967, the heart of a young woman killed in an accident was removed while Washkansky was prepared to receive it. The donor heart was kept alive in a heart-lung machine circulating Washkansky's blood until the patient's diseased organ could be removed and replaced with the healthy one.

In order to suppress the body's defense mechanism that would normally reject a foreign organism, Barnard and his team of cardiac specialists gave the patient large doses of drugs, which allowed the patient's body to accept the new organ. However, Washkansky's body was not able to defend itself against infection, and he died on December 21, 1967 of double pneumonia. Despite Washkansky's death, Barnard was rightly hailed around the world for his surgical feat. Within a year (January 1968) Barnard replaced the diseased heart of Philip Blaiberg, 58-year-old retired dentist. This time the accompanying drug dosage was lowered, and Blaiberg lived for 20 months with his new heart.

Barnard's innovations in cardiac surgery brought him honors from a host of foreign medical societies, governments, universities, and philanthropic institutions. As he travelled abroad to receive these awards, he was criticized for readily accepting the role of a celebrity. Nevertheless, after Barnard's successful operations, surgeons in Europe and the United States began performing heart transplants, Page 8  |  Top of Article improving upon the procedures first used in South Africa. The first human heart transplantation in America took place on December 6, 1967, by Dr. Adrian Kantrowitz. But the patient, an infant, lived only 6 hours.

Seven years after his initial heart transplant, Barnard made medical history once again when he performed a "twin-heart" operation (November 25, 1974). This time he removed only the diseased portion of the heart of 58-year-old Ivan Taylor and replaced it with the heart of a 10-year-old child. The donor heart acted as a booster and back-up for the patient's disease-ravished organ. Although Barnard was optimistic about this new operation, which he believed was less radical than a total implantation, the patient died within four months.

Rheumatoid arthritis, which had plagued Barnard since the 1960s, limited his surgical experimentation in later years. As a result, he turned to writing novels as well as books on health, medicine, and South Africa, while serving as a scientist consultant. He has also been presented many honorary doctorates, foreign orders, and awards, including the Dag Hammarskjold International Prize and Peace Prize, the Kennedy Foundation Award, and the Milan International Prize for Science. Barnard was also featured in a BBC program about transplant surgery, "Knife to the Heart: The Man With the Golden Hands, " in early 1997.