The American author Walter Lippmann (1889-1974) was his era's most respected journalist and a significant contributor to its political thought.

The only child of well-to-do, second-generation German-Jewish parents, Walter Lippmann studied at a private school in his native New York City. His parents took him often to Europe to absorb its culture. He completed his undergraduate studies at Harvard in three years with the highest honors and was an editor of the Harvard Monthly and cofounder of the Harvard Socialist Club. He remained at Harvard another year as assistant to George Santayana in the philosophy department. Also, the famous philosopher William James made himself available to Lippmann for private seminars.

In 1911 Lincoln Steffens, editor of the muckraking Everybody's Magazine, took Lippmann on as his secretary. His first book, A Preface to Politics (1913), brought him instant recognition and the opportunity to join Herbert Croly and Walter Weyl in founding the weekly New Republic. All three had backed Theodore Roosevelt for president in 1912; in 1916 they and their magazine switched to Woodrow Wilson. In 1917 Lippmann served as assistant to Secretary of War Newton D. Baker. As captain in military intelligence in 1918, Lippmann worked on Wilson's Fourteen Points program and on preparations for the Paris Peace Conference. In 1920 he left the New Republic to become editorial writer and, later, editor of the Democratic New York World.

When the World suspended publication in 1931, Lippmann moved to the Republican Herald Tribune, to which, for the next 30 years, he contributed his nationally syndicated column, "Today and Tomorrow." Here he recorded his responses to the ever-changing contemporary scene. Between 1912 and 1968 he supported, with varying reservations, 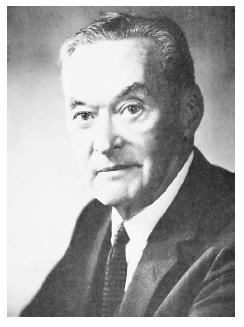 six Republican and seven Democratic candidates for the presidency. In 1945, on the death of Franklin D. Roosevelt—whom he had never greatly admired—Lippmann wrote, "Here lay the political genius of Franklin Roosevelt: that in his own time he knew what were the questions that had to be answered, even though he himself did not always find the full answer."

The following years raised even more such questions, and Lippmann responded with firmness and courage. He opposed the Korean War, the Senate hearings of Joseph McCarthy, and the war in Vietnam. He expressed admiration for France's Charles De Gaulle, with whom—as with the U.S.S.R.'s Nikita Khrushchev—he established relations of personal confidence as had no American official of the time. His second wife, Helen Byrne Armstrong, mastered the Russian language so thoroughly that her fluency delighted Khrushchev.

In the late 1960s, Lippmann's opposition to the Vietnam War earned him the enmity of President Lyndon B. Johnson, who derided him as a treacherous, senile old man. At last Lippmann was all but cut off from the American political establishment. Though even his critics gave him credit for his independent stance, Lippmann shortly retired from the public scene. Failing health in the ensuing years forced his wife to put him in a New York nursing home. He died there on December 14, 1974.

A number of Lippmann's books on political science have become classics in their field, including A Preface to Morals (1929), United States Foreign Policy (1943), and The Cold War (1947).

Aside from Lippmann's own writings, excerpts from his works and summaries of his thoughts are in Clinton Rossiter and James Lare, eds., The Essential Lippmann: A Political Philosophy for Liberal Democracy (1963). A biography of Lippmann is Edward L. Schapsmeier and Frederick H. Schapsmeier, Walter Lippmann (1969). Useful studies are David E. Weingast, Walter Lippmann: A Study in Personal Journalism (1949); Marquis W. Childs and James Reston, eds., Walter Lippmann and His Times (1959); Charles Forcey, The Crossroads of Liberalism: Croly, Weyl, Lippmann, and the Progressive Era, 1900-1925 (1961); and Ronald Steel, Walter Lippmann and the American Century (1980). Barry D. Riccio, Walter Lippmann: Odyssey of a Liberal (1994) focuses on Lippmann's relationship to liberal political ideas in the course of his evolution from socialism to conservatism. □