From Farms to Factories

From Farms to Factories 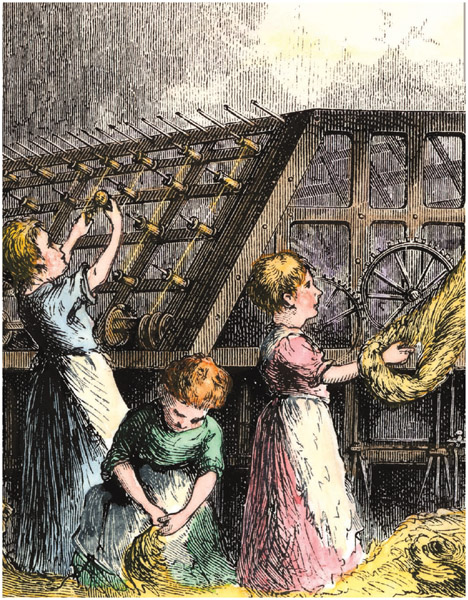 Many children in the Industrial Revolution found work in factories.

The thought of moving your body from this crowded bed is more than you can handle. Your roommates are getting dressed. They whisper that you will get in trouble if you miss the next bell. A girl, not much older than your 14 years, hands you a wad of cotton to put in your ears.

“Here,” she tells you. “It will dull the sound. You won't get a headache if you wear them.” 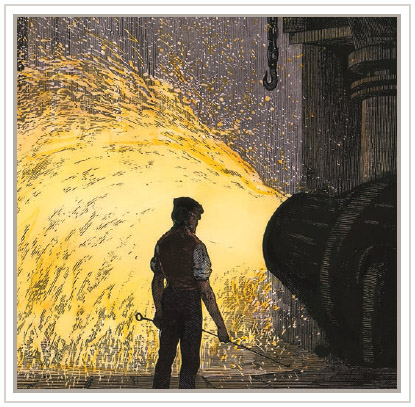 Every part of your body screams with pain as you sit up. But your family needs every penny it can get. This factory pays more than the others, and you are grateful for the work.

The Rise of Industry

Can you imagine working in a factory 12 hours a day? During the period in US history known as the Industrial Revolution, many children began doing just that. When people think of a revolution, they usually think of bloody soldiers and smoky battlefields.

Revolution. All aspects of life in the United States transformed starting around 1820. New technology during this time created a demand for even more mass production and industry. The transformation continued until approximately the start of World War I (1914–1918).

Machines took over much of the work people had done before. People across the United States went from working in the fields to working in factories. They earned a wage instead of growing and selling food. They bought what they needed in stores instead of making it themselves or trading for it. In just one century, manufacturing, communication, and transportation changed around the world.

Inventors set off the sparks of the Industrial Revolution by imagining new methods of doing work. The first textile factory in the

The first World's Fair took place in London, England, in 1851. It was a chance for the countries of the world to show off their new machines and inventions to the rest of the world. It was organized by Great Britain's Prince Albert, who wanted to showcase Great Britain to an international audience. The exhibits included technological advances from all over the world. More than 6 million people visited the exhibition, ensuring it would become a tradition for years to come. 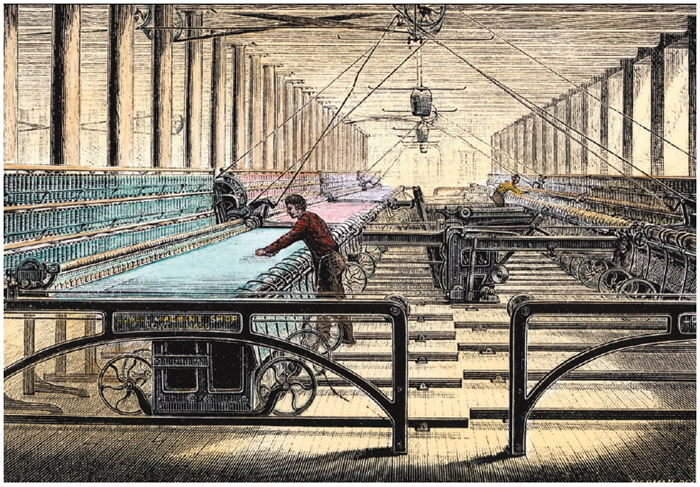 United States was created in 1790. These factories created cotton for clothes. Some machines, such as the telegraph, made communication easier. Improvements in transportation, such as the railroad, meant that products could reach people outside the city much more quickly and easily.

Growing populations, especially in cities, created demand for the new products. There were more Page 11  |  Top of Articleconsumers than ever before. Workers were needed to produce the products.

By the 1850s, machines and factories were everywhere. Better clothing, kitchenware, and tools were now widely available. The United States had transformed from an agricultural-based economy to an industrial economy. Two out of three people now worked in manufacturing or service jobs.