How technology makes us listen alone

It's a moment so celebrated that no TV drama about the Second World War is complete without it. At 11.15am on 3 September 1939, Neville Chamberlain made a live radio broadcast from Downing Street announcing that "this country is now at war with Germany". A silence fell over the nation as people rushed to the wireless to hear him. The whole country was listening, but crucially, it was listening together.

Nearly eight decades later, it is difficult to imagine a communal audio event like that ever happening again. The arrival of the Walkman in 1979, since superseded by the iPod and then the smartphone, turned listening into a personal, solitary pastime. It was no longer necessary for families to get a radio on a hire-purchase arrangement and gather round it in the sitting room. The technology that delivers audio to us is now small and cheap enough for each of us to have one in our pocket (with headphones tangled around it, of course).

At the same time, the method of delivery changed, too. "Radio" ceased to indicate simply "programming transmitted by electromagnetic waves" in the late 1990s, when conventional radio stations began to make their output available on the internet. Online-only radio stations sprang up, streaming their shows directly to computers. Free from any regulation and with the internet as a free distribution platform, these early stations echoed the tone of pirate radio stations in the 1960s.

The idea of "audioblogging"--making short voice recordings available for download online--has been around since the early 1980s, but it wasn't until 2004 that the word "podcasting" was coined by the technology journalist Ben Hammersley in an article for the Guardian. He was looking for a name for the "new boom in amateur radio" that the internet had enabled.

Thanks to technological advances, by the early 2000s, a podcaster could record a sound clip and upload it to his or her feed, and it would arrive automatically on the computer of anyone who had subscribed. Apple began to include podcasts as a default option on iPods; in 2008 iPhones offered a podcast app as standard. The market boomed.

Apple is notoriously reluctant to provide data on its products, butin 2013 it announced that there had been more than a billion podcast subscriptions through its iTunes store, which carried over 250,000 podcasts in 100 languages. In 2016, Edison Research released a study suggesting that 21 per cent of all Americans over the age of 12 had listened to at least one podcast in the past month--roughly 57 million people. Audiobooks, too, are booming in this new age of listening; the New York Times reported that although publishing revenue in the US was down overall in the first quarter of 2016, digital audio sales had risen by 35.3 per cent.

The vast share of this listening will be solitary. This is because audio is a secondary medium. For all the talk about the rise of "second screening", it isn't really possible to do much more than idly scroll through Twitter on your phone as you watch television, but you can easily get things done while you listen to a podcast. Put on a pair of headphones, and you can go for a run or clean out the oven in the company of your favourite show. In this sense, the medium has been a game-changer for commuters and those doing repetitive or manual work: there's no longer any need to put up with sniffling on the train or your boss's obsession with Magic FM. 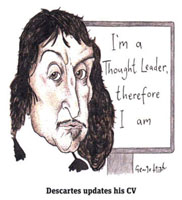 Though podcasts are an internet phenomenon, they have managed to remain free from the culture of trolling and abuse found elsewhere. It is difficult to make audio go viral, because it's tricky to isolate a single moment from it in a form that can be easily shared. That also deters casual haters. You can't just copy and paste something a host said into an insulting tweet.

Our new and solitary way of listening is reflected in the subjects that most podcasts cover. While there is the occasional mega-hit--the American true crime podcast Serial attracted 3.4 million downloads per episode in 2014, the year it launched--most shows exist in a niche. A few hundred listeners who share the host's passion for pens or for music from antique phonographs can be enough to sustain a series over hundreds of episodes (there are real podcasts on both of these topics).

This is also where the commercial opportunity lies. It costs relatively little to produce even high-quality podcasts, compared to TV or conventional radio, yet they can attract very high advertising rates (thanks to the dedication of regular listeners and the trust they have in the host). The US is far ahead of the UK in this regard, and podcast advertising revenue there is expected to grow 25 per cent year on year, reaching half a billion dollars in 2020. Where this was once a hobby for internet enthusiasts, it is now big business, with venture capitalists investing in new networks and production companies. The US network Gimlet attracted $6m in funding in 2015. However, in the UK, the BBC crowds out smaller, independent operations (the trade-off is that it makes undeniably outstanding programmes).

There is even a movement to make listening a communal activity again. The same hipsters responsible for the resurgence of vinyl sales are organising "listening parties" at trendy venues with high-quality sound systems. Live shows have become an important source of revenue for podcasters. Eleanor McDowall, a producer at the Falling Tree radio production company, organises subtitled "screenings" for podcasts in languages other than English. I even have a friend who is part of a "podcast club", run on the same lines as a monthly book group, with a group of people coming together to discuss one show on a regular schedule.

The next big technological breakthrough for audio will be when cars can support internet-based shows as easily as conventional radio. We might never again gather around the wireless, but our family holidays could be much improved by a podcast.