DURING BOARD MEETINGS, the CEO of one company made a habit of checking his Blackberry every couple of minutes. He probably thought he was making the most of his time. After all, one of the signature abilities of any business leader is juggling multiple tasks without letting anything crash. Yet, with that seemingly innocuous habit, the CEO was unwittingly putting his entire company at risk.

When a crisis occurs, any corporation naturally looks to its board for wisdom, a shared sense of purpose, and strong, firm advice. A board's guidance can make or break a company facing a life-threatening emergency. But just as a football team can't start learning its plays during the Super Bowl, a board of directors cannot be expected to find its shared identity and purpose after a crisis has already begun. The qualities that define your board are shaped during peacetime, through many small acts that collectively reinforce or undermine its ability to be effective in times of need.

In the case of that wild-sprouting Blackberry, the CEO's discreet peeks were quickly interpreted by board members as license to take care of their own outside business instead of the business at hand. Implicitly, "every director had permission to check their Blackberrys. Then, every senior executive present said, 'OK, those are the standards,'" recalls Stuart R. Levine, who was a director for the company. "The board sets the tone at the top of an organization, so I can only imagine what kinds of behaviors were being duplicated throughout the company."

As Levine points out, checking your messages amid a meeting "is a classic way of telling people, "What you're saying is important to me--sort of.'"

In addition to serving on many boards himself, Levine is founder and CEO of Stuart Levine & Associates LLC, which helps international companies on issues such as governance, leadership, and organizational effectiveness, and is a former CEO of Dale Carnegie & Associates Inc.

Attention to the mundane details, and to the logistics and processes that pertain to every board-related event, has enormous impact on how boards function during crises and stressful periods. "There will be a time in the life of every corporation when there is a crisis," says Levine. "The fundamental principle in life and business success is respectful relationships. Respectful relationships are tethered to how we function together around that boardroom table." 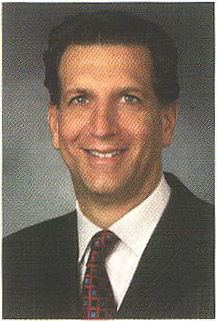 These crucial details include:

* Start on time. A meeting or phone conference scheduled for 8:30 a.m. starts at 8:30, whether everyone has arrived or not. Promptness may seem like a common courtesy, but there's a more important dynamic at work. Routinely waiting 15 or 20 minutes for everyone to show up subtly and insidiously divides your board into two camps--those who arrive on time and those who don't. The former will resent the latter, and you've needlessly created factions in place of the unity that is your goal.

Starting on time sets a tone of seriousness and focus, and stragglers will quickly get the message that punctuality is expected of them. Once the meeting starts, it should also proceed according to a clearly established agenda and end on time, Levine says. If you are leading the discussion, it's up to you to keep the conversation on point and gently, but clearly, rein in board members who stray from the topics at hand.

* Insist that everyone contributes. Most of us remember certain high school classes in which one or two vocal students were allowed to dominate class discussions. Even distinguished boards are susceptible to the same dynamic. Just as a good teacher encourages broad classroom participation, good board leaders must insist on hearing from everybody. "In most successful boards I've been on, the chair or whoever's leading the conversation that day will go around the table asking for your input on every decision," Levine says.

Obviously, silent members deny the company their potentially valuable insights. Importantly too, people who don't speak up are less likely to take personal ownership of group decisions, which can be fatal during a crisis when you need every member to feel fully vested in the board's mission. When a crisis occurs, "People will say, 'I never heard this,' or 'Why wasn't that discussed?' In truth, it was discussed. They just didn't hear it because they weren't really participating. They were there physically, but no one challenged them to verbalize an opinion," Levine says.

* Provide the right advance information. E-mail technology makes it possible to transmit an almost unlimited quantity of reports and other information. But quantity isn't quality, Levine says. As a board leader, insist that corporate officers carefully vet and cull materials in advance to ensure that directors get what they need in order to make decisions, without overwhelming them with massive information. Materials should be sent five or six days before the meeting.

As a corollary, encourage officers to keep their presentations at the meetings concise. Avoid lengthy PowerPoint presentations that rehash what was in the mailed packet. Assume instead that directors have read and digested the material and use the in-person presentation to highlight specific areas of concern or answer their questions.

In a crisis, proper use of directors' time only becomes more important. Make sure that directors are briefed individually and given pertinent documents before you meet in person to discuss the crisis, Levine advises. When you do meet, directors will then be able to directly offer crucial advice rather than expend precious time on the basics of the situation.

* Plan the right dinner. Most companies hold a dinner for board members and top executives the night before a meeting to allow for informal conversations in a relaxed environment. It is a great opportunity for team building, but only if the setting fosters discussion of the issues facing the company.

"One board I was on held the dinner in a noisy restaurant," Levine recalls. The group naturally divided up into smaller conversations, since that was the only way they could speak privately. "You've effectively divided the board," he says. By contrast, Levine is currently on a board that meets in a private dining room. "We can hear each other and have an intelligent discussion about strategic issues," he says. "And the door is closed, so there's no question of breach of confidence."

Such matters may seem trivial compared with the weighty issues facing large companies, and board leaders may be reluctant to impose clear-cut rules of conduct on members who are clearly distinguished, accomplished professionals.

Yet boards, if anything, require even greater attention to basic structures and meeting etiquette, Levine insists, since they only meet face-to-face a few times each year and are charged with ever-greater oversight of the companies they serve. "Utilization of time and energy and brain power becomes incredibly important," he says. "There is only so much oxygen in any particular room, so developing clear agendas in a board meeting, and adhering to them, becomes crucial."

Each shrewd logistical step helps transform a board from a loose affiliation of distinguished persons into a unified force ready to act in the company's best interest, both in peacetime and during crises.

The author can be contacted at rlevick@levick.com.

Richard S. Levick, Esq., is the president and chief executive officer of Levick Strategic Communications, a crisis and public affairs communications firm (www.levick.com). This article is excerpted from his new book, The Communicators: Leadership in the Age of Crisis, copyright 2010 by Richard S. Levick and Charles Slack (Watershed Press).