Samuel Taliaferro Rayburn (1882-1961) served as Speaker of the U.S. House of Representatives longer than any man in the nation's history.

Sam Rayburn was born in Roane County, Tenn., on Jan. 6, 1882, the eighth of 11 children. When he was 5 years old, his family moved to northern Texas. At the age of 16 he entered Mayo Normal School (now East Texas State University) and graduated in 1903.

Following a 3-year stint teaching in nearby rural schools, Rayburn won election to the Texas House of Representatives. While serving in the legislature, he attended the University of Texas law school and passed the state bar exam in 1908. Two years later he was elected Speaker of the Texas House of Representatives. In 1912 he led a field of eight candidates for U.S. representative in the Democratic party primary, thus assuring his election in overwhelmingly one-party Texas. He was renominated and reelected 23 times.

Rayburn was above all a devoutly loyal party man. Although the national platforms of an increasingly liberal Democratic party often conflicted with the social prejudices and economic conservatism of his Texas constituents, he almost always fell into line behind his party's leaders. Yet over his many years in Washington, Rayburn himself introduced and worked to get through Congress a substantial amount of progressive legislation, including bills to police stock market transactions under the Securities and Exchange Commission, to provide Federal aid to rural power cooperatives under the Rural Electrification Administration, and to break up the pyramiding of public utilities companies. In 1937 he became Democratic majority leader in the House and, 3 years later, Speaker.

Except for 4 years, Rayburn held the speakership for the next 21 years. During the two 2-year intervals of Republican House majorities (1947-1949 and 1953-1955), he resumed his duties as Democratic minority leader. He also served as permanent chairman of the Democratic national conventions of 1948, 1952, and 1956, relinquishing his post in 1960 to manage Lyndon Johnson's unsuccessful bid for the presidential nomination. Rayburn died on Nov. 16, 1961, in Bonham, Tex. 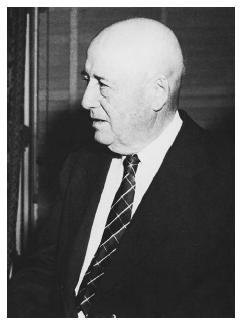