Canary in a Coal Mine

Weeks ago a concerned Steward complained because his Captain rejected an order for non-stick cookware. He wanted non-stick after bouts with pan fried chicken that became caked to the steel cookware he was using. Non-stick was needed... Or was it?

The history of non-stick pans goes back to 1945 when a DuPont scientist made a chemical called polytetrafluoroethylene (PTFE). It was hard, slippery, durable, did well to repel stains and prevent adhesion at varying temperatures. Today we use this class of chemical in rain coats, flooring, stain resistant carpet, cooking/baking pans, etc. The market explosion of "Teflon" pans came in the 60's. The problem is that long-term health effects of these chemicals in humans and the environment were and are largely unknown. We do know that they accumulate in animal and human tissues; 95% of Americans have them accumulated internally. What little we do know about the effect of the chemicals on us is cause for pause.

The spotlight on PTFE started in the late 2000's when a chemical in PTFE called PFAO was noted to increase risk of cancer, stroke and have other health effects on humans. Concerned, the EPA and other agencies had chemical manufacturers agree (on a voluntary basis) to phase it out from the production process of non-stick cookware. It took about 10 years to execute. Any non-stick pan/oven sheet/baking mold manufactured prior to 2015 has the potential to contain PFAO. Even without PFAO, the post-2015 non-stick replacement chemical has lingering questions surrounding its health effects. The same chemical class is still being used, just a slightly altered version.

In 2015 the Environmental Health Perspectives Journal review of PFOA and the replacement chemicals included an alarming statement signed by 200 leading scientists from 38 countries. The Madrid Statement urged restrictions be placed on PFAO and the replacement chemicals; and cited environmental reasons, but the human health reasons are where contact with non-stick cookware comes into focus.

Liver toxicity, hypothyroidism, testicular and liver cancer, obesity, decrease birth weight, decreased response to vaccines, disruption of endocrine (hormone) systems, and damage to the immune system were all cited as reasons for restriction based on research of the chemical class. In addition, the World Health Organization also lists the chemicals as potential carcinogens.

More direct evidence about what happens to a heated non-stick pan came from a report published by the Environmental Working Group (EWG). They tested gases from the non-stick pans throughout the heating process. These tests revealed that after only a few minutes of heating, six different toxic chemicals were released from the surface. This was coming from a pan in good condition. Scratches have the potential to amplify the toxic emission. Remember chemicals are not only sinking into the food being cooked, but gases are breathed in by the person standing over the pan, cooking. 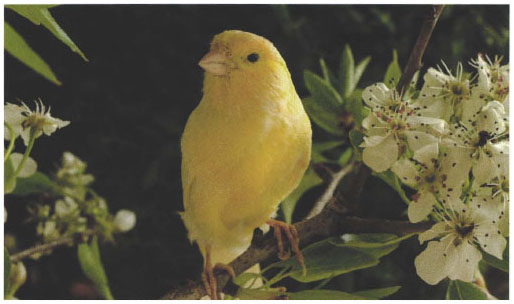 1. Throw out scratched up, non-stick, where the coating has been deteriorated.

4. Make sure the fan in the galley or kitchen is on when pans are in use.

5. Protect the pan's surface: Cook with silicone, wooden or rubber utensils; Do not use cooking spray; Never use abrasives to clean the pan; Do not stack the pans without towels between them.

SIDE NOTE: If you are a sailor of old with a parrot, remove it from the area when cooking on these non-stick surfaces. There have been enough incidents of fowl death and respiratory damage from the chemicals emitted from non-stick cookware, that manufacturers are putting out warnings to remove birds from the area due to their "sensitive respiratory systems". Anyone else thinking of the Canary-in-the-Coal Mine scenario? If the bird starts flailing, evacuate!

Need to Get New Pans?

Stainless steel is always a fine choice for shipboard use (make sure it has a good aluminum or copper core)--so are copper and cast iron.

Taking pause to evaluate the safety and health risks we create when we cook is worthwhile. The warnings of hundreds of scientists and one very sensitive Canary can now be a part of an informed decision.