A carbon footprint is the total amount of greenhouse emissions that result directly and indirectly either from an individual's lifestyle, a company's operations, or the full life cycle of a product or service.

Since the late 1990s, the term carbon footprint has become widely used in the public debate on personal and corporate responsibility in response to global climate change. Its 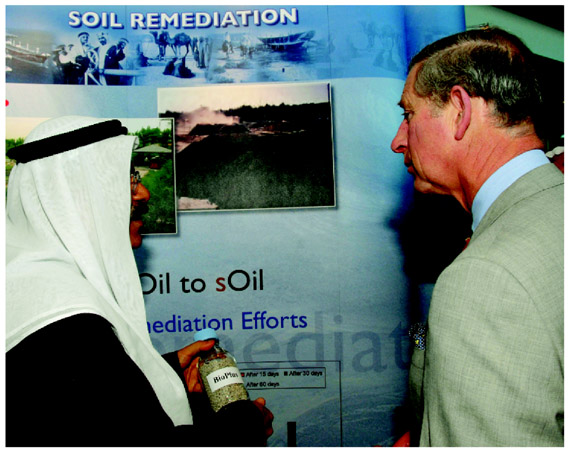 ubiquity is largely because it appears to be an easy way of commodifying an individual or company's CO2 emissions.

But despite its frequent popular use, there is no clear scientific definition of the term, and there remains confusion as to what it actually means and measures. Definitions range from direct CO2 emissions to full life-cycle greenhouse-gas emissions. For example, an individual's carbon footprint for a New York to London return flight would be 1.7 metric tons.

In “A Definition of a Carbon Footprint,” Thomas Wiedmann and Jan Minx showed several discrepancies between different U.K.organizations' definitions of carbon footprint. For example, ETAP (an environmental body under the jurisdiction of the European Commission), defines it as: “a measure of the impact human activities have on the environment in terms of the amount of greenhouse gases produced, measured in tonnes [metric tons] of carbon dioxide.” The U.K. Parliamentary Office for Science and Technology defines it as: “the total amount of CO2 and other greenhouse gases, emitted over the full life cycle of a process or product. It is expressed as grams of CO2 equivalent per kilowatt-hour of generation (gCO2 eq/kWh), which accounts for the different global warming effects of other greenhouse gases.”

Wiedmann and Minx suggested the following conglomerate definition, to include activities of people, governments, and industries, as well as the impact of goods and services: “the carbon footprint is a measure of the exclusive total amount of carbon dioxide emissions that is directly and indirectly caused by an activity or is accumulated over the life stages of a product.”

Despite the differing definitions, a carbon footprint is intended to measure the impact of people and products on the planet. Many important questions remain. Should a carbon footprint include other greenhouse gases? Should it be defined by an area unit (ha, m2, km2, etc.) as opposed to a mass unit (kg, t, etc.)? Should it include all sources of CO2 emissions (e.g., those that come naturally from the soil) and not just those from fossil fuels? Should it take into account carbon sinks that help Earth reabsorb CO2? Should there be a separate “ecological footprint” that uses a wider range of measures?

CARBON OFFSETS: Reductions in emissions of CO2(or other greenhouse gases) or enhanced removals of such gases from the atmosphere that are arranged by polluters in order to compensate for their releases of greenhouse gases. Carbon offsets may be purchased by individuals or groups.

CARBON SINKS: Carbon reservoirs such as forests or oceans that take in and store more carbon (carbon sequestration) than they release. Carbon sinks can serve to partially offset greenhouse-gas emissions.

COMMODIFY: To make something into a commodity, that is, something which is bought and sold. Some have argued that carbon markets are unethical because they commodify the well-being of Earth itself, on which all life depends.

ECO-LEXICON: The group or class of words (lexicon) devised for, or especially connected with, speech about environmental concerns. Often has a derisive nuance, as in “Why have ‘Civic’ or ‘Insight’ not entered the eco-lexicon in the way that ‘Prius’ has?”

FOSSIL FUELS: Fuels formed by biological processes and transformed into solid or fluid minerals over geological time. Fossil fuels include coal, petroleum, and natural gas. Fossil fuels are non-renewable on the timescale of human civilization, because their natural replenishment would take many millions of years.

Part of the attraction of a carbon footprint is that it gives a clear marker as to an individual or organization's contribution to and responsibility for greenhouse-gas emissions. Best Foot Forward, a U.K.-based consultancy that specializes in measuring and communicating environmental impact, assesses that the average annual CO2 footprint of a U.S. resident is 25.9 metric tons (28.5 tons). The average annual footprint of a U.K. resident, by comparison, is 11.6 metric tons; and an African, 0.9 metric tons. This is broken down five ways: food 4% (from farming, processing, and shipping); personal travel 34% (road, air, rail, and water); housing 18% (electricity and heating); services 6% (shops, gyms, etc.); and Page 164  |  Top of Articlemanufacture and construction 38% (factory goods, road building, etc.).

Another reason why the term has entered the eco-lexicon so quickly is because it gives conscientious individuals and companies a figure that they can move to neutralize. Once an entity is aware of its carbon footprint, it can take steps to reduce it.

A popular way of neutralizing a carbon footprint is through an offset or carbon-neutral program. One of a host of offsetting companies will use a carbon calculator to estimate the emissions related to whatever activity an individual or company wishes to neutralize. This is then translated into a fee that the offsetting organization will use to offset or “soak up” an equivalent amount from the atmosphere. Different companies operate different schemes to achieve this: some simply plant trees; others invest in green energy sources or cleaner and more energy efficient industrial and household technologies. Popular offset programs permit individuals and companies to purchase offsets for their homes, cars, offices, and travel.

However, offset schemes are not without criticism. Critics assert that offsetting merely masks the unsustain-ability of carbon-intensive activities and is often less beneficial or effective than reducing or stopping emissions in the first place. Another criticism of carbon offset programs is their expense—few individuals can afford to offset every—or even a significant portion—of their greenhouse gas emitting activities. Critics further note that some offset schemes may not produce the claimed carbon savings or may do so only after a number of years. For example, tree planting programs can take years to soak up the emissions one has paid to offset.