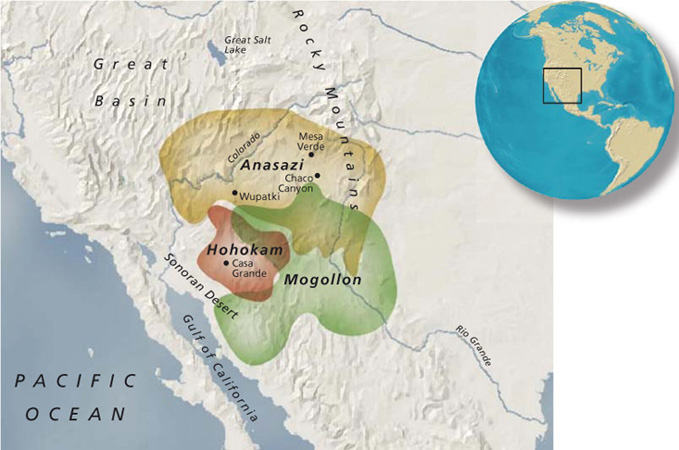 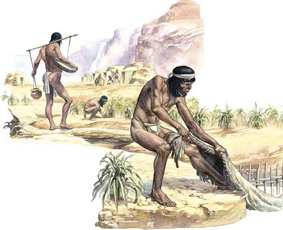 HOHOKAM - The Hohokam people were resourceful farmers. They diverted water from the rivers to irrigate the desert. They built dams of wood, sending the water through canals to their villages. Sticks, stone axes, and hoes were used to dig the canals up to 10 ft (3 m) deep, and soil was carried away in wicker baskets. By 800 , they had the largest ancient irrigation system in North America. - H 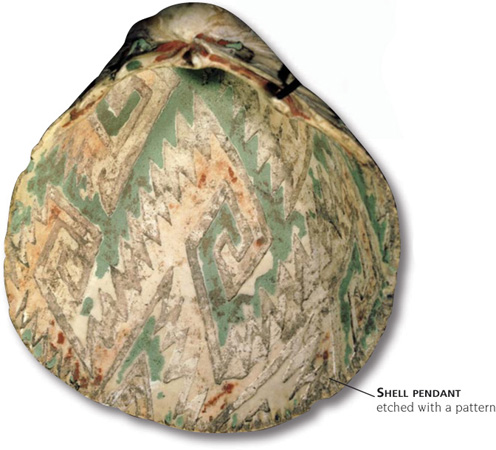 CRAFTS AND TRADE - The Hohokam people made beautiful pottery and etched decorations on seashells, brought from the Pacific coast and Gulf of California through trade. The decorated seashells and pots were then traded for goods from other regions such as copper bells and pyrite mirrors from Mesoamerica. 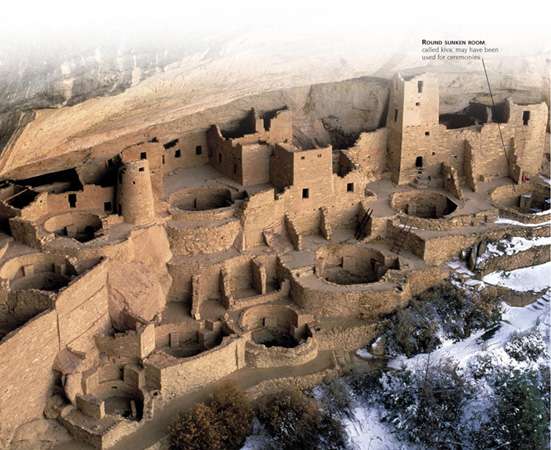 CLIFF HOUSES - In about 1200 , the Anasazi left their villages at the foot of Chaco Canyon and moved to settlements high up on cliff faces. They moved here for defensive reasons and to take advantage of the greater rainfall. They climbed up the cliffs using holes cut in the rock. - R 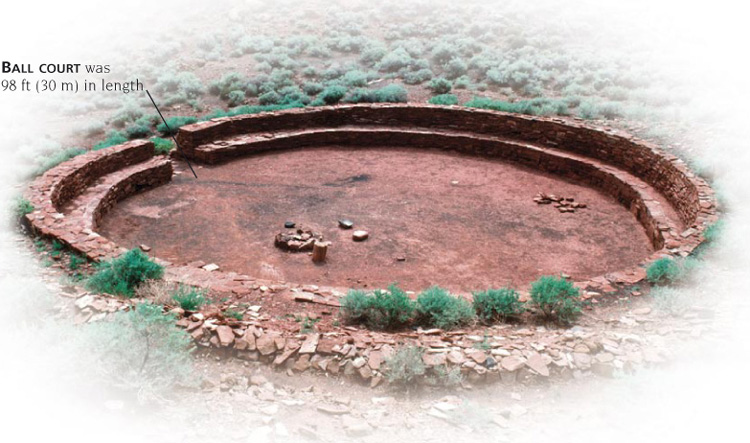 BALL COURTS - Like Mesoamericans, Hohokam people also built ball courts where they played a game with rubber balls imported from Mexico. Hohokam ball courts were located on routes between villages and provided a meeting place for big gatherings. The largest court could seat 500 people. - R

ANASAZI - The Anasazi lived in a dry region with occasional heavy rain in summer, causing flash floods. They built walls to contain and channel the flood water into fields. This is called flood-water farming. The Anasazi lived in large yet compact villages. Pueblo Bonito in Chaco Canyon had a network of rooms and underground chambers. - P

The Anasazi civilization ended in about 1300 CE. The cause was a mystery until scientists studied tree rings from timber found in Anasazi houses. These showed that there was a very long drought with almost no rain at all between 1276 and 1299 CE. This was a disaster for a farming system based on rain. 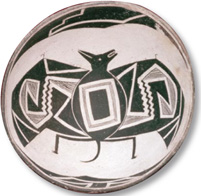 MOGOLLON - Like the Anasazi, the Mogollon were farming people who used rainwater and flash floods to grow crops. They are best known for their art—images of dancing people, animals, and spirit beings, which they painted on bowls or chiseled on rocks. - M