The Scottish bacteriologist Sir Alexander Fleming (1881-1955) is best known for his discovery of penicillin, which has been hailed as "the greatest contribution medical science ever made to humanity."

Alexander Fleming was born on Aug. 6, 1881, at Lochfield, Ayrshire, one of the eight children of Hugh Fleming, a farmer. Nature, which he considered his first and best teacher, developed his power of observation and taught him to apply his powers of reasoning to what he observed and to act in accordance with his observations. Like many Scots who were forced to leave their native land for better career opportunities, Fleming, at the age of 13, left for London, where he lived with his brothers. He attended lectures at the Polytechnic School and worked for 4 years in a shipping office. In 1901 an uncle left Fleming a legacy that enabled him to study medicine, and he entered St. Mary's Hospital Medical School in Paddington, later a part of the University of London.

In 1906 Fleming received his licentiate from the Royal College of Physicians. He chose a career in bacteriology and immediately joined the Inoculation Department, now the Wright-Fleming Institute, where he spent his entire career. He assisted Sir Almroth Wright, the originator of vaccinotherapy (therapeutic inoculation for bacterial infection) and the first doctor to use antityphoid vaccines on human beings. Fleming's research at this time primarily involved the use of Paul Ehrlich's Salvarsan in the treatment of syphilis. In 1908 Fleming passed his final medical examinations, winning the Gold Medal of the University of London. He was awarded the Cheadle Medal for his thesis "Acute Bacterial Page 484  |  Top of Article 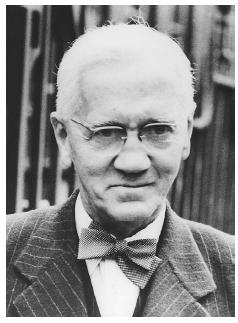 Infections," which foreshadowed the line of work he followed throughout his life.

During World War I Fleming served in the Royal Army Medical Corps, specializing in the treatment of wounds by antiseptics. He noticed that phagocytosis (the ingestion and destruction of infectious microbes by the cells) was more active in war wound infections than in ordinary wound infections, and he advised surgeons to remove all necrotic tissue as soon as possible. He observed that antiseptics not only did nothing to prevent gangrene but actually promoted its development by destroying leukocytes. Although Fleming's later discoveries have overshadowed this work, some authorities believe that he never conceived anything more perfect or ingenious than these brilliant experiments by which he demonstrated the danger to human tissues of incorrectly administered antiseptics.

In 1915, while on leave, Fleming married Sarah Marion McElroy, an Irish nurse who operated a private nursing home in London. The couple had one son, Robert.

In 1921, the year he became assistant director of the Inoculation Department at St. Mary's, Fleming discovered that nasal mucus, human tears, and, especially, egg whites contain a chemical substance with marked bactericidal properties. Inasmuch as it lysed (dissolved) microbes and had the properties of an enzyme, Fleming called it lysozyme. Élie Metchnikoff believed that bodily secretions removed microbes by mechanical rather than chemical means, an opinion held in 1921 by most bacteriologists. Fleming now challenged this view, but his work met a cold reception. Between 1922 and 1927 he published five more articles on lysozyme: he proved that antiseptics then in use, even in much weaker solutions than necessary to fight septicemia, would destroy leukocytes, and that "whereas egg white … has no destructive effects on the leukocytes, it has considerable inhibitory or lethal effect on some of the bacteria."

The leitmotiv of Fleming's career was his search for a chemical substance which would destroy infectious bacteria without destroying tissues or weakening the body's defenses. In 1928 an accidental observation, which was a direct result of his apparently disorderly habit of not discarding culture plates promptly, led to the fulfillment of his goal. Fleming noted that on a culture plate of staphylococci a mold (Penicillium notatum) which had been introduced by accidental contamination had dissolved the colonies of staphylococci—an example of antibiosis. He found that the broth containing the bactericidal substance (penicillin) produced by the mold was unstable and rapidly lost its activity. Furthermore, it could not be used for injections until freed from foreign protein. Clearly, a method of extraction and concentration of the crude substance was required. Fleming had no chemist or biochemist on his staff, and he encouraged others to attempt the task.

In 1935 Howard W. Florey, an Australian experimental pathologist, and Ernst B. Chain, a Jewish chemist who had fled from Nazi Germany, came to Oxford University, where in 1939 they took up Fleming's work on penicillin. By employing the relatively new technique of lyophilization, Florey and Chain isolated the drug in completely purified form, which was a million times more active than Fleming's crude substance of 1928, and in 1940 they published the results of their successful treatment of infected white mice. A completely successful test involving a human being was not accomplished until 1942 because of the limited supply of the drug. By 1943 factories in England and the United States were producing penicillin on a large scale, and it became available for military use. By 1944 the miracle drug became available for civilian use.

Fleming never collected royalties on penicillin. In 1945 he received the Nobel Prize in physiology or medicine and toured the United States, where he was hailed as a hero. American chemical firms collected $100,000 and presented it to him in gratitude for his contribution to medical science. He refused to accept the money personally but used it for research at St. Mary's.

In 1946 Fleming became director of the Institute, a position he held until 1955. In 1951 he was elected rector of Edinburgh University. His wife had died in 1949, and in 1953 he married Amalia Coutsouris-Voureka, a Greek medical worker who had come to London in 1946 to work with him. Fleming died on March 11, 1955, and was buried in the crypt of St. Paul's Cathedral in London. According to André Maurois, "No man, except Einstein in another field, Page 485  |  Top of Article and before him Pasteur, has had a more profound influence on the contemporary history of the human race."