Telkes made significant developments in the application of solar energy for practical use and is most notably attributed with designing the first solar home. Her primary research into phase-change thermal storage produced more than one hundred published papers, books, and numerous patents and inventions. The solar still and solar oven, two of her forward-looking inventions, are garnering renewed interest today in environmentally conscious circles.

Like most active teenagers in Hungary in the early 1900's, Maria Telkes (TEHL-kehs) spent much of her free time outdoors. Born on December 12, 1900, in Budapest, Austro-Hungarian Empire, to Aladar and Maria Laban de Telkes, she lived an active and full life. Her favorite outdoor activities were swimming, ice-skating, and sledding. Her enthusiasm for the outdoors was equally matched by her interest in the classroom and for her studies, in which she showed an increasing aptitude in science.

In high school, Telkes's imagination was stirred by reading a book titled Future Sources of Power. Inspired by what she read, she sought out more information, reading all the literature she could find pertaining to the Sun. She did not stop at her own Hungarian language, however; she continued reading in French, German, and English. While the book introduced ideas surrounding solar energy, they were largely still theoretical in her day. Page 1061  |  Top of ArticleHowever, Telkes in due course made practical what many had only imagined possible. It is not too much of a stretch to claim, then, that Telkes's lifetime quest to harness solar energy began with the reading of a book.

After high school, Telkes pursued studies in physical chemistry, receiving a bachelor of arts degree in 1920 and a doctorate of philosophy in 1924 from the University of Budapest. In her last graduate year, she gained experience teaching physics at a local Budapest high school. Encouraged by her early teaching experience, Telkes would return to work in academia repeatedly throughout her life.

Shortly after receiving her doctorate, Telkes visited the United States and stayed with her uncle, the Hungarian consul to Cleveland, Ohio. During this visit, she accepted a position as a biophysicist at the Cleveland Clinic Foundation, often working alongside one of its founders, Dr. George Crile. Their collaboration produced a book, The Phenomena of Life (1926), and led to the invention of a photoelectric device that recorded the brain's energy waves. Telkes applied herself diligently for the next twelve years at this post, where she studied cellular transformation, particularly as it applied to carcinogenesis, the development of cancer.

In 1937, Telkes initiated the first of many changes for her future career. She became a naturalized citizen of the United States and swapped her job and research direction by moving to Westinghouse Electric, where she studied heat energy. Possibly her many research interests or her past fascination with the Sun compelled her to restlessness, but whatever the impetus, Telkes changed positions frequently after her long stint at the foundation. Although she stayed at Westinghouse but two years, significantly, her new focus set her firmly on a path to discover practical ways to harness the Sun's energy.

Her new research direction started in earnest when Telkes joined the Solar Energy Conversion Project at the Massachusetts Institute of Technology (MIT) in 1939. The project's goal—to study energy conversion—had considered more conventional responses to store solar energy by heating bricks, rocks, concrete, or water. However, as a physical chemist, Telkes offered a novel but more appropriate response. Her solution recommended transforming and storing energy using a common and abundant material: Glauber's salt (sodium sulphate decahydrate). Inexpensive, plentiful, and nontoxic, Glauber's salt is derived from natural sources as well as from common by-products of chemical manufacturing processes. Traditionally used in the making of detergents, glass, and paper, it has a high heat storage capacity and melts when heated and solidifies (crystallizes) when cooled. Telkes discovered it was ideal as an energy conversion material because, when mixed with water, salt hydrates have a range of temperatures appropriate for solar storage systems: 85°-120° Fahrenheit for active systems, 70°-75° for passive systems, and 40°-65° for cooling. Making use of the material's phase-change capability, she proposed drawing ambient temperatures from the Sun during the day and outside air during the night to heat or cool a house as needed. Her solution, then, was inventive as well as economically ideal. Telkes's idea culminated in the building of the first solar house: the Dover House. 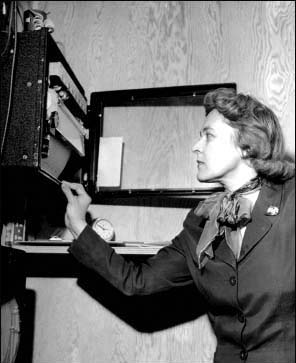 Taking note of Telkes's growing expertise with solar power was the U.S. government. Recruited during World Page 1062  |  Top of ArticleWar II to prevent downed pilots from dehydration, Telkes, while working at the New York University College of Engineering Research Division, developed a solar still. Installed on life rafts, the still desalinated and demineralized the seawater using solar energy, making it fit for consumption. The solar still, constructed with several frames, made use of a weatherable Mylar film, painted black on a front surface-facing plate to absorb the Sun's energy. Later, Telkes was able to expand on her idea to design a large-scale solar desalinator in the U.S. Virgin Islands—a place chronically short of fresh water.

Throughout her life, Telkes continued research and development into solar application with an eye always toward utilizing practical and inexpensive materials. She developed a solar oven, intrinsically valuable to developing countries, and helped design materials used in the Apollo and Polaris space ventures to protect instrumentation from extreme temperatures. Recognized for her achievements, Telkes received the Certificate of Merit in 1945 from the Office of Scientific Research and Development for her solar still design. In 1952, she accepted an Achievement Award from the Society of Women Engineers and was recognized with the Greely Abbot Award by the International Solar Energy Society. In 1958, the Ford Foundation awarded her a grant of $45,000 to develop her solar oven design. In 1977, for her pioneering work in solar-heated technology, Telkes joined the ranks of previous honorees such as Frank Lloyd Wright in being recognized by the National Academy of Sciences Building Research Advisory Board.

In 1948, Maria Telkes's solar-heating and cooling system reached fruition in the building of the first solar-powered home. Commissioned by Amelia Peabody, designed by Telkes along with architect Eleanor Raymond, and named after its location on Peabody's property in Dover, Massachusetts, the Dover House was situated on the grounds to maximize the full potential of the Sun's rays. Incorporated within the building's walls was Telkes's phase-change thermal storage system. The home's black-painted glass walls concentrated the sunlight and directed the heat via air into bins that contained a mixture of sodium sulphate decahydrate, silica, and Borax. To maintain the viability of the energy storage system, and to prevent issues related to the gravitational settling of salts, Telkes added the agents of silica and Borax to the salt solution to inhibit its nucleating capability and decomposition by bacteria or enzyme action.

Telkes lived in the Dover House comfortably for a couple of months, and for several years records were kept to monitor the temperature of the five rooms. Relatives resided in the home for three years and claimed that the passive solar-heating and cooling system kept the home at a comfortable 70° Fahrenheit, even during the coldest and hottest season of the year. No auxiliary heating or cooling was required. After three years, the system failed, but her experimentation with solar energy continued on. In total, Telkes designed three solar-powered homes.

During the 1950's and 1960's, development of passive solar-heated house designs continued with homes pioneered in the United Kingdom, Canada, and Japan. In 1973, the University of Delaware built the first solar-powered demonstration house, Solar One. In her senior position at the university, Telkes developed the solar laboratory's heating system. Solar One, however, departed from previous solar house designs to use photovoltaics (PVs) to directly convert sunlight into both heat and electricity. Gradually, thin PVdesigns replaced passive solar-heated systems in research and development, funded largely by the government and prompted in part by the energy crisis of the 1970's. Around the world today, passive solar energy (radiant heat) designs outnumber PV implementations.

Telkes received emeritus status in her last academic post from the University of Delaware. Beginning and ending her career in academia, Telkes retired from active research in 1978 but continued to consult on solar energy matters into the 1990's. Telkes died in 1995 just shy of her ninetyfifth birthday, while visiting the place of her birth, Budapest.

Today, with dwindling natural resources, appreciation of Telkes's early contributions to solar technologies may substantially increase, as her designs are proving to have farreaching environmental application and relevance. The demand for solar stills and solar ovens has increased, particularly in developing countries and densely populated cities, where the availability of natural resources is becoming increasingly scarce.

The solar oven is in wide use and acceptance in parts of Africa. Recognized as an implement to help combat rampant deforestation, the inexpensive and practical functionality of the solar oven replaces traditional methods that employ wood fuel for cooking. Additionally, the device frees many people, typically women, from time-intensive chores. Where wood traditionally has been the only fuel available, its use leads to desertification of the surrounding area, and the Page 1063  |  Top of Articleresulting effects are often a dwindling water supply. Generally, when water becomes a limited commodity, conflict over rights of access normally follows. However, the solar still may help alleviate this problem in many areas as it makes available adjacent expanses of previously nonpotable seawater for consumption. In many ways, the applicability of Telkes's inventions promotes peaceful relations in a world that increasingly is finding that its available resources often outstrip its consumption.

Today, laws prohibit inequality in the workplace, but in Telkes's day women often had to overcome entrenched, patriarchal views concerning their role in science and engineering. Specifically, solar energy innovations often received less attention and funding than their nuclear counterpart because, as Telkes claimed, “Sunshine isn't lethal.” Characteristically, then, women's contributions to science and innovative technologies were often ignored or given scant notice in gender-biased annals. However, thanks in large part to scholars in feminism, Telkes's contributions, and those of other women, are receiving current acknowledgment. In years to come, society may discover that it owes a further debt to Telkes's imagination and determination to harness the Sun's energy. For now, Telkes's lifetime commitment to solar application deservedly earns her the title of the “Sun Queen.”

Pursell, Carroll. “Feminism and the Rethinking of the History of Technology.” In Feminism in TwentiethCentury Science, Technology, and Medicine, edited by Angela N. Creager et al. Chicago: Chicago University Press, 2001. Examines how feminist inquiry sparked decades of technological historical recuperation to detail women's participation. Focuses on how users and producers, such as Telkes, as agents of change promoted historical reconsideration.

Telkes, Maria. United States Department of the Interior. Office of Saline Water Research and Development Progress Rept. 33. Solar Still Construction. Washington, D.C.: Government Printing Office, 1959. Thirtythird in a series of progress reports presenting data on saline water conversion, this booklet testifies to the rigor of Telkes's experiment and constant redesign of the solar still. It outlines basic principles, construction, and operation, and it includes a table of contents and numerous drawings.

Zierdt-Warshaw, Linda, ed. American Women in Technology. Santa Barbara, Calif.: ABC-CLIO, 2000. Presenting a wide range of historical milestones from all fields, including engineering, medical, and aerospace, this book chronicles women's contributions and achievements in technology. Biographical information, illustrations, and an ample index and appendix list the major contributions of women and the recognition they received from such quarters as the Nobel Prize and the Society of Women Engineers.