In the Czech Republic, Romani Children Do Not Have Equal Access to Education

Viewpoint 2: In the Czech Republic, Romani Children Do Not Have Equal Access to Education

In the following viewpoint, Amnesty International argues that Romani children living in the Czech Republic do not have equal access to education as a result of racism and discrimination. Further, according to the writers, Romani children are often placed in schools for students with mental disabilities because they come from socially disadvantaged backgrounds, not because they are mentally deficient. The writers assert that Romani children receive inferior educations and are forced to attend segregated educational facilities. Amnesty International is a global organization that works worldwide for human rights.

As you read, consider the following questions: 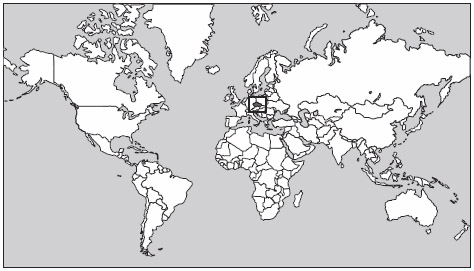 Romani children are denied the right to an education free from discrimination. Without it, they do not have the pass key to exercise the full range of their human rights. These include the rights to health and work, and to freedom of expression and political participation—all key avenues to breaking a vicious cycle of poverty and marginalization for Roma in the Czech Republic and elsewhere. Romani children do not have equal access to education in countries across Europe owing to a combination of racism, discrimination and the failure on the part of states to ensure that education is accessible to those living in poverty. The right to education free from discrimination has been recognized in international human rights law since at least 1948. Despite this, the systematic denial of the right to education of Romani children in the Czech Republic continues….

of Romani children to an education free from discrimination, through their placement in “special schools” offering lower quality education. The Czech Republic was obliged by the judgment to adopt corrective measures.

Since the ruling by the European Court, the Czech government has made significant progress in acknowledging the extent of segregation in Czech schools, along with the unequal opportunities offered to the Romani minority, despite the legal and policy changes it has undertaken. In February 2009 the Ministry of Education, Youth and Sports (hereafter Ministry of Education) agreed “to a debate on whether the already adopted measures are sufficient from the point of view of the wider aim pursued, i.e., the integration of all children into the main education system.”

Romani children do not have equal access to education in countries across Europe owing to a combination of racism, discrimination and the failure on the part of states to ensure that education is accessible.

[A] report [by Amnesty International] examines the systemic discrimination that still exists within the Czech education system, and the ongoing manifestation of this discrimination in the effective segregation of Romani children in schools and classes where they receive an inferior education, based on a reduced curriculum.… Amnesty International highlights, through the case study of the four schools in a district of Ostrava, how the measures the government has adopted so far have been inadequate to end discriminatory practices that prevent Romani children from fully enjoying their right to education. These include a failure to tackle discriminatory attitudes and practices that result in the separation of Romani children into schools offering an inferior education, and a lack

of effective support measures to enable the integration and inclusion of Romani children into mainstream education.

Amnesty International is concerned that Romani children continue to largely receive an inferior education and to experience discrimination at many points within the education system.

Amnesty International is concerned that the new system still allows prejudice and poor decision making, on the part of professionals and parents, to prevail over the best interests of Romani children.

Amnesty International believes that although the Czech government has acknowledged the problem, it has not been sufficiently prepared to commit to real solutions. The Ministry of Education's current and planned measures are not enough. They will not end the illegal practices quickly enough, nor do they tackle the underlying causes of these violations consistently or effectively.

such, tackling discrimination and the associated segregation should be given the highest priority. None of the new measures announced by the government up until April 2009 introduces an explicit obligation on the authorities to address segregation in the education system as part of a comprehensive approach to ensuring that no child will be deprived of their right to receive education free from discrimination.

To comply with its human rights obligations, the Czech government must ensure in practice the right to education free from discrimination for all children. Taking into account existing and historical patterns of discrimination and exclusion, Amnesty International considers that until clear and unambiguous action is taken which both results in the inclusion of Romani children in mainstream education of equal quality and eliminates segregated education based on ethnic and/or social origin, the authorities will not have done what is necessary to fulfil their obligations under international human rights law to ensure the right to education without discrimination and to implement the European Court's Grand Chamber judgment in the case of D.H. and Others v. the Czech Republic.

Eight out of 10 Roma of working age only have elementary education and the majority of Romani children receive lower quality education in segregated educational facilities.

The Roma in the Czech Republic

Although the 2001 official census registers only 11,746 people of Romani ethnicity from a total population of 10.2 million, estimates—including the government's—give a more realistic figure of 150,000 to 300,000 or about 1.6 to 3 per cent of the overall population.

The majority of the current Romani population in the Czech Republic came from Slovakia, forcibly or voluntarily, as

most of the original Romani minority were exterminated in concentration camps during World War II. The Romani population in the Czech Republic is primarily concentrated in the northern part of the country—in northern Moravia (Ostrava, Karviná), northern Bohemia (Děčín, Ústí nad Labem)—and in urban areas, such as Prague and Brno.

Another aspect [of anti-Gypsyism] is a certain hypocrisy when addressing the issue and often a blame put on the victims of discrimination. Roma are accused of not sending their children to school, [and] of encouraging their children to drop out of school at an early age. Surely such things are happening, and for various reasons. What I always found particularly annoying and hypocritical is when the same authorities which blame Roma for not sending their children to school are forcibly evicting Roma families whose children were attending school, when these authorities support segregation or the enrolment in schools for mentally disabled, or when they support parents who are protesting that their children are sitting next to Roma kids.

Under the Communist government, Roma were forced to assimilate and their distinct language and culture were not respected; frequently Romani children were removed from their families and placed in state care, while often Romani women were forcibly sterilized. At the same time, the Communist government did secure certain minimum conditions, and guaranteed—to

a certain extent—economic and social rights for “citizens of Gypsy origin”. After 1989 and the collapse of communism, and still further after the breakup of Czechoslovakia in 1993, the situation for Roma deteriorated as some of these protections were removed.

The situation of Roma in the Czech Republic continues to be highly unsatisfactory. The Roma constitute the overwhelming majority population in the country's more than 300 socially disadvantaged localities, often living in de facto “ghettos” separated from the non-Roma majority. They suffer from extremely high levels of unemployment and a low level of education. More than 60 per cent of the Roma of working age residing in marginalized localities are unemployed.

In terms of education, eight out of 10 Roma of working age only have elementary education and the majority of Romani children receive lower quality education in segregated educational facilities. Life expectancy for Roma remains over 10 years lower than the average and infant mortality rates are markedly higher within the Romani community.

It is estimated that between 22,000 to 40,000 Roma live in and around Ostrava. However, according to the last official census, only 658 claimed Romani ethnicity in Ostrava and only 1,797 in the Moravian-Silesian region in which Ostrava is situated.

Roma continue to suffer discrimination at the hands of both public officials and private individuals in the areas of housing, education, health care and employment, and have increasingly become victims of attacks and violence by far-right groups.

In the Czech Republic, Romani Children Do Not Have Equal Access to Education