Ethics in Law for Business

Ethics in Law for Business

This article deals with ethical problems in law in the context of business operations. A lawyer is professionally qualified to give businesspersons advice on what the law Page 284  |  Top of Articleis, judges are authorized to decide what the law is, and legislatures, within the limits of the Constitution, may make the law. Religious organizations and other organizations make many statements about what is ethical, but unless the ethical norms are written into law, they are not enforceable and, to some extent, remain a matter of personal opinion.

This article is intended to raise issues of ethics in law for business that may be discussed and debated. It also provides a framework from Aristotle (384–322 BC) to aid in the discussion of determining the most ethical course. In each case questions may be asked as follows:

Law for business consists of a set of required norms of behavior. The essence of law is that it commands behavior under threat of punishment or sanction. Tax law requires the payment of money to the government. There is no choice. Contracts are entered into voluntarily, but once entered into they may be enforced through the courts. 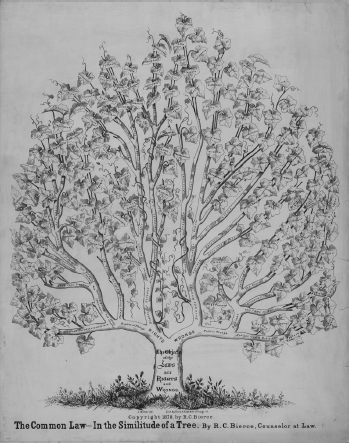 The Greek word ethos means habit. The Greek philosopher Aristotle taught that the ethical person is one who has virtuous habits. Among the virtues are courage, temperance, honor, good temper, truthfulness, and justice. Virtues can be learned through education and practice. Aristotle believed virtue and consequent ethical behavior can be learned. He went on to say that we all seek “the good life,” which comes when we live in a society of ethical persons. That is, those who behave virtuously.

Aristotle's philosophy can serve as a model for our discussion. We must decide what the elements of “the good life” are (wealth, security, freedom, opportunity). Next, what in a given business situation would be ethical (virtuous behavior), and does the law require or should the law require ethical behavior? In the following paragraphs areas of business law that have ethical issues are considered. The reader is invited to examine the issues in light of the above ethical model.

Business is about making and selling products and exchanging goods and services. When a contractor orders a load of bricks to build a house and then in turn sells the house or hires a worker, it is a constant process of making and fulfilling contracts. A contract is a promise to do something. It may be to deliver goods, to perform a service (say, to paint a house), or possibly to employ or be employed by another. The very process of business is making and fulfilling contracts. Without contracts, no business would be possible. There are many ethical issues involved in making contracts.

For most legal purposes, a person becomes an adult at age 18. Before that, a minor may disaffirm an otherwise legal agreement, a provision that exists to protect minors from abuse by overreaching adults. What should the rights and responsibilities of minors be? What about adults who are mentally incompetent or insane?

What about adults of normal intelligence and capacity? Suppose a loan is made on the following terms: “Here is a loan of $20. You will give me $21 back in a week.” This is an interest rate of 5 percent per week, which is 5 percent × 52, or 260 percent a year. This contract is Page 285  |  Top of Articleillegal in most states. Suppose a fast-talking but honest salesperson sells goods on credit in the buyer's home. Buyers must be told in writing that they have three days to change their minds. Is this ethical?

Under the law of contract, when a transaction is completed, it is final. Suppose a person buys a set of green towels and then decides a couple of days later that red towels would look better. The store could legally say, “you bought them, and there is nothing wrong with them. They are yours.” If a sign in the store said, “All returns must be made within 30 days,” that sign becomes part of the contract. Frequently signs warn, “No returns on prom and party dresses.” This reinforces the contract. A good return policy is simply good business, but the law leaves the ethics of returns up to the store. What return policy is the most ethical for business?

A warranty is part of a business contract. It is essentially a binding promise that the product is fit for its intended purposes, is free of defects, and works. Most products of any complexity come with a “limited warranty,” which most commonly warrants parts and labor for one year. Also common are the sales of extended warranties that extend the one-year warranty up to three or even five years. This allows manufacturers and sellers to write warranties in almost any fashion. The ethical questions are: To what extent should a company stand behind its products? At what point is it ethically correct for the customer to accept the risk of a defective product?

The way warranties are written can raise ethical problems. In an automobile, tires and batteries wear out and are subject to very limited warranties. However, a modern automobile consists of thousands of parts, any one of which may give out or be defective. Warranty descriptions, even when plainly written, can be confusing as to what is included and what is excluded. What, then, is an ethical automobile warranty?

Everyone is aware that there is much criticism of the ethics of advertising. False advertising is against the law, and all would agree it is unethical. Famous cases involve a product that was beneficial in many ways but was falsely claimed to prevent colds. In another case, an aspirin company claimed its aspirin was more effective than others.

If a store advertises “apples, 5 pounds for $2.50,” it must have a reasonable quantity on hand. It is considered good business practice to give rain checks but doing so is not legally required. It is also against the law to advertise a product at a very low price with the intention of trying to talk customers into higher-priced products. This is known as bait and switch.

The law allows what is known as sales puffery. This is an emphasis on subjective qualities, such as that a car is beautiful and will make you feel good, or that a high-fat food tastes good without mentioning the health risks of excess fat. It is easy to look at advertisements and identify sales puffery and half-truths. What is the ethical line?

It is against the law to advertise illegal products, such as controlled substances, but what about legal products that are harmful? Cigarettes may not be advertised on television or on billboards. Should the ban be extended to advertising in magazines? Truthful advertising is part of freedom of speech. What other restrictions, if any, should be part of law? What about advertisements for alcohol?

Few areas of law mix law and ethics as much as employment law. Surely employment is critical to our welfare and thus is of keen interest and subject to much emotional debate.

Employment-at-will. Government employees and unionized workers enjoy some job protection, but most employees in the United States are employed at will. The law allows them to be fired for cause or for no cause. A boss, under the law, may fire even a long-term employee simply because the boss does not like the person. In most other industrialized countries employees, after a probationary period, can be fired only for cause (e.g., they are incompetent or steal company property). U.S. law seems to be less ethical. What arguments can be made for U.S. law?

Jobs overseas. Since almost everyone agrees the U.S. civil rights laws serve an ethical purpose, should American businesses voluntarily implement these laws as policy in their operations in foreign countries that do not have similar laws?

Wages are substantially lower in many countries, such as Mexico, than in the United States. Many companies have moved all or part of their operations to geographic regions known for lower wages. The law allows this. What ethical obligation does a company have to U.S. workers Page 286  |  Top of Articlewho in many cases will not find comparable employment? What do managers ethically owe to workers and what to the shareholders or owners? What, then, are the ethical obligations to potential Mexican workers who may be eager to take the jobs even though the pay, benefits, and protection are well below U.S. standards? This, in fact, is a whole area of ethical discussion. What standards of employment (pay, benefits, job protection) should U.S. companies and consumers demand when we make or buy goods produced in a foreign country?

Chemical companies that make products we all use everyday, by the nature of their business, pollute the environment. What is the ethical position of a chemical company in spending money lobbying the public and Congress on new laws and enforcement of existing ones? Automobiles still pollute the atmosphere, although much less than in the past. Gasohol is a motor fuel made in part from ethanol, which is made from corn, but it is more expensive than gasoline. What are the ethical issues surrounding ethanol?

Global warming is an important environmental issue. According to some, our planet is gradually growing warmer due to pollutants. This could end or radically change life on earth. Others say that the earth naturally warms and cools and that there is no evidence to suggest that there has been any significant change because of pollution. What should be the ethical position of citizens, especially companies that stand to either lose or gain by governmental measures taken?

As with civil rights law, many countries have less stringent laws than the United States regarding environmental issues. U.S. companies with operations in these countries can pollute much more than in the United States. It is also an important point that pollution does not respect national borders. What are the ethical norms that a company should consider in making its policy?

Aristotle said that deciding what is the best ethical course is not easy. Reasonable people will disagree on what is right. This article is intended to raise questions, not to provide answers. Many more issues of ethics in law for business could be considered. The ultimate questions are: What is an ethical company, and to what extent should law require ethics?