Nicaraguan military leader and president (1937-1947, 1950-1956). Born in San Marcos on 1 February 1896, Anastasio Somoza García was the founder of the Somoza political dynasty (1939-1979). Somoza's close ties to the United States began when he attended but did not graduate from the Pierce School of Business Administration in Philadelphia. He returned to Nicaragua in 1919 and pursued a military career. In 1933 he was named the first commander of the Nicaraguan National Guard, which the United States had helped create in 1927. Although the National Guard was designed as an apolitical force, Somoza nevertheless used it to seize political power. He ordered the assassination of political rivals, including Augusto César Sandino in 1934, and increased the National Guard's size and authority after seizing power in 1936 and installing himself as president in 1937.

Through World War II, Somoza maintained strong relations with the United States. He also launched a campaign against Nazi subversion in Nicaragua, an effort that allowed him to take control of German-owned assets throughout the country. These seized properties bolstered the family's sizable fortune and helped sustain the dynasty's political and economic ambitions for decades.

When the Franklin Roosevelt and Harry Truman administrations encouraged democratic trends in the Western Hemisphere after 1944, Nicaraguan opposition groups organized to push Somoza from power. Acting quickly, he Page 1853  |  Top of Articlepromised reforms and scheduled elections to ensure a change of administrations in the near future, which stalled the opposition movement. He then reinforced his grip on power by invading Costa Rica in 1946. Declaring the invasion a necessary intervention against communist subversion, he transformed himself into a staunch Cold Warrior and secured strong support from the United States.

Having faced down one challenge, Somoza used a combination of rewards and repression to manage Nicaraguan politics. He orchestrated social and economic reforms that improved working conditions and fostered economic growth in urban centers. He also allowed for the formation and operation of token opposition parties and loosened press restrictions. In January 1947 he symbolically stepped down as president but one month later ousted his successor and installed a puppet president while he held de facto power until 1950, when he arranged for his reelection.

Somoza continued to cultivate support from the United States. When Guatemalan President Jacobo Arbenz Guzmán embarked on a series of significant economic reforms, most notably land reform, beginning in 1952, Somoza helped the U.S. Central Intelligence Agency (CIA) train mercenaries in Nicaragua, from which they launched an invasion that toppled the Arbenz regime in 1954. 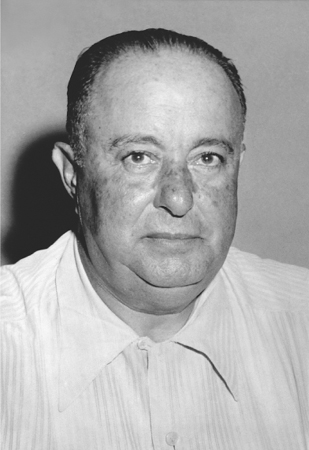