The Great Leap Forward was a campaign launched in 1958 by China's leaders, particularly Mao Zedong, to use massive mobilization to advance in agricultural and industrial development. The campaign, which promoted people's communes to remove economic incentives and encouraged the rural workforce to smelt iron in backyard furnaces, led directly to the Great Leap famine, the worst famine in human history.

The Great Leap Forward was the campaign launched by the Chinese Communist leadership in 1958 to catch up to and quickly leapfrog the economic growth of Great Britain and the United States. Having become disenchanted with the Soviet-style development strategy that prioritized heavy industry, China's leaders, particularly Mao Zedong (1893–1976), believed that massive social mobilization would allow China to develop industry and agriculture simultaneously. Unfortunately, the campaign ended in utter failure and caused what is known today as the Great Leap famine.

Any explanation of the Great Leap must begin with the ideological preferences of Mao and his colleagues. Mao's efforts to promote large collectives and communes were based on a belief in economies of scale—large (agricultural) units may lower production costs and increase efficiencies—and a desire to promote social equality. Even though Mao's earlier pursuit of progressively larger rural institutions, ranging from mutual-aid groups to cooperatives and then to collectives, had caused many disruptions in agricultural production, the disruptions were dismissed as temporary. Mao forged on with his demands for larger collectives in the late 1950s.

The Chinese political system had no room for dissent at this time. Repeated political campaigns, particularly the Anti-Rightist Campaign of 1957, had banished to hard labor and even imprisonment those (primarily intellectuals) who spoke up against the party. Those who raised questions a little later about Great Leap–policy practices, such as Defense Minister Peng Dehuai (1898–1974), were persecuted as Rightist opportunists. In such a political system, those who aspired to mobility on the political ladder of success watched for cues of Mao's preferences and eagerly supported everything that Mao liked.

Once Mao endorsed the term “people's commune” in early August 1958, local leaders and political activists raced to establish communes and competed to build ever larger ones. The number of communes proliferated. In just two months, most provinces claimed a successful transition to people's communes. Rural China was organized into 26,500 gigantic communes, each averaging 4,756 households. (Yang 1996, 36.) The communes abolished private property and, in most cases, did away with all economic incentives, such as tying remuneration to the amount of work done. Thecommune mess

hall epitomized the frenzy of theGreat Leap. Commune members were encouraged to abandon their private kitchens, donate the pots and pans to backyard iron furnaces, and dine in communal mess halls so that women could join the labor force.

The Free-Supply System and Other Wasteful Practices

Amid the euphoria of Communist transition, China's leaders ceased to manage the economy but instead encouraged practices that, in hindsight, were downright criminal. The state statistical system stopped functioning and was replaced by wild claims of bountiful harvests. Such claims in turn engendered wildly exaggerated output forecasts and prompted prominent regional leaders such as Ke Qingshi (1902–1965) and Tan 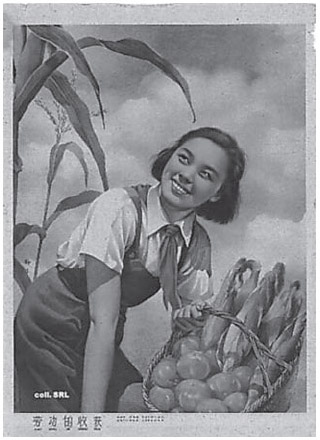 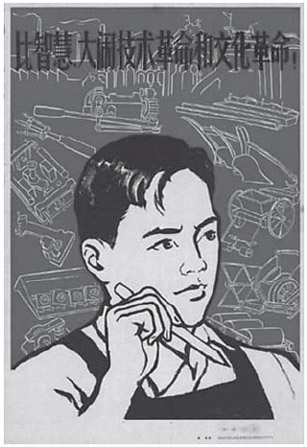 Zhenlin (1902–1983) to exhort peasants to eat as much as they could. As a consequence, the free-supply system was widely adopted, and the mess hall became the site of communal feasts in many places. The free-supply system induced over-consumption and the waste of food, even while state grain procurement was increased sharply on the basis of highly inflated output forecasts. With worsening Sino-Soviet relations, the Chinese leadership increased grain exports, again under the illusion of bountiful harvests, to accelerate China's debt repayment to the Soviet Union.

Other practices, including the massive diversion of rural labor to backyard iron furnaces and water-conservation projects, led to gross neglect in harvesting the bumper crops of 1958 and contributed to the ensuing famine. By spring 1959, many communes, caught between higher

government procurement and free supply, had exhausted their grain reserves and witnessed a collapse of work morale. At this point, much still could have been done to avoid the worst of the famine. Unfortunately, during the Lushan Conference of 1959, in which he came down hard on Peng Dehuai, Mao unleasheda “second leap” and another push for communal mess halls. This further exacerbated the rural situation and undoubtedly contributed to the jump in China's mortality rates from 12 per 1,000 in 1958 to 14.6 per 1,000 in 1959 and 25.4 per 1,000 in 1960, according to official Chinese statistics released in the post-Mao era. The statistics reveal that those provinces that had a higher mess-hall participation rate at the end of 1959 also tended to have a higher mortality rate in 1960, the year that China had a net population loss of 10 million people.

Effects of the Great Leap Famine

The Great Leap famine was thus clearly rooted in politics rather than nature. Unfortunately, the peasants who had put their faith in Mao's regime were largely left to fend for themselves when they had exhausted their food supplies. The demographer Judith Banister estimated that the number of excess deaths, i.e., the number of deaths compared to what would have been the case had there been no famine, from 1958 to 1961 was between 15 and 30 million. In aggregate numbers, the Great Leap famine is the worst famine in human history. The incidence of the famine was emphatically rural, with the grain producers becoming the main victims of famine. 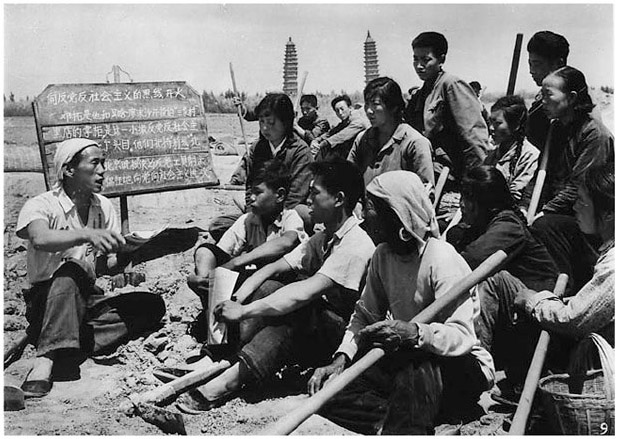 The intensity and magnitude of the Great Leap famine far exceeded the Great Depression in the United States and produced a lasting change in Chinese preferences and behavior. It shattered any nascent beliefs the rural people might have had about large rural organizations and led them to question government policies. It also prompted Mao and his colleagues tomoderate rural policies and scale down the sizes of rural collective organizations. But the famine also induced fissures among the top leaders. As Mao turned his attention away from the economy, he launched the notorious Cultural Revolution in 1966.

While the basic collective institutions were maintained during Mao's lifetime, the famine profoundly undermined popular support for such institutions and laid the foundation for China's eventual decollectivization, or dismantlement of collective institutions in rural areas, following Mao's death. Through the early 1980s, the provinces that had suffered more severely during the famine were less likely to adopt radical rural policies and institutions. Following Mao's death in 1976 and the defeat of radical leaders, farmers again turned to household contracting (contracting land to the individual household), particularly in those areas that had suffered the most during the famine. By the turn of the 1980s, the national leadership, now led by Deng Xiaoping (1904–1997), had embraced rural decollectivization. The Great Leap famine was thus not just a monumental tragedy; it also laid the groundwork for institutional innovation. It is a great historical irony that the Great Leap Forward, launched to accelerate China's march toward communism, actually served to hasten the arrival of market reforms by precipitating the greatest famine in human history. The tragedy is that China had to go through such a terrible detour.

China changes constantly, and the Encyclopedia of China will change and grow, too. Berkshire's authors and editors welcome questions, comments, and corrections: china.updates@berkshirepublishing.com.