* User data compiled by social media companies is not audited, and there is little consistency in the way companies determine these nonfinancial metrics (such as Facebook "likes").

* The use of nontraditional, nonfinancial metrics as performance indicators is a potential concern for regulators and auditors responsible for ensuring the accuracy of financial reporting. 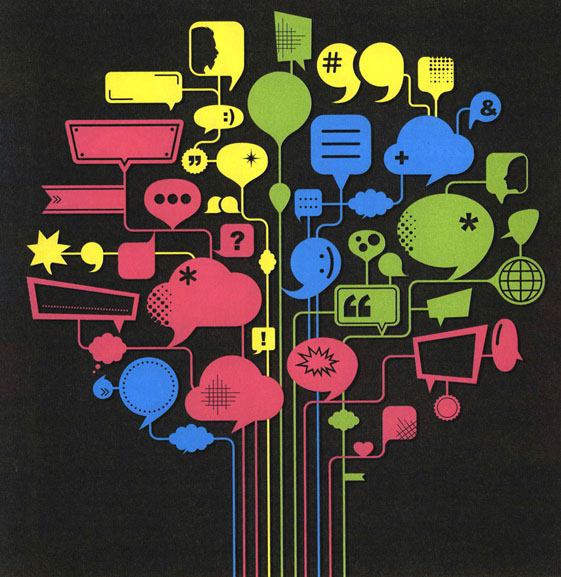 * Social media companies may view nonfinancial metrics as performance indicators, but there does not appear to be a clear link between such metrics and profitability.

* The SEC provided guidance that companies should identify and discuss key performance indicators, including nonfinancial ones that would be material to investors. The guidance also states that when no common method exists for calculating a specific metric, the company should provide an explanation of its calculation.

In November 2013, SEC Chair Mary Jo White questioned whether investors could project a company's future potential from "unique financial or operational metrics" that may not be an indicator of future profitability. These comments followed Twitter's initial public offering (IPO), which raised $1.82 billion through the planned sale of 70 million shares at $26 per share. Twitter's IPO was, at the time, the second largest in history for a U.S. internet company despite Twitter's disclosure in its first public financial statement that it lost $79.4 million in 2012 and had not been profitable for the last three years.

Twitter and other social media and mobile-based companies have particular ways 'of capturing their performance levels, whether it be tweets, Facebook "likes," Pandora listener hours, visitors, or other user-based measures. The user data provided in the company's management discussion and analysis (MD&A) and elsewhere is not audited, nor is there any consistency in the way companies determine these nonfinancial metrics. One social media company may define its users in a different way than another does, hampering the comparability of user data across companies and calling into question the accuracy of the definition and calculation of these nonfinancial metrics.

The actual financial performance of the social media companies, however, would seem to be at odds with such numbers. Twitter is not isolated in its history of reporting losses. It would seem investors are motivated, at least in part, by nonfinancial metrics. Per their respective Forms 10-Q for the quarter ended March 31, Twitter reported approximately 255 million monthly "active users," Facebook reported 1.3 billion monthly "active users," and LinkedIn reported more than 296 million "registered members." 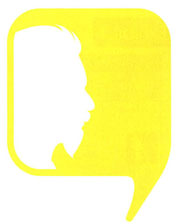 The six largest public U.S. social media companies in terms of market capitalization are Facebook, Twitter, LinkedIn, Pandora, Yelp, and Groupon. All six companies disclose metrics about various aspects of sizes of users and usage of their services in the MD&A section of their annual report, Form10-K; quarterly report, Form 10-Q; and registration statement, Form S-1. The metrics can be categorized in groups of similar values as shown in Exhibit 1. The data come from the 10-Qs ending March 31, 2014.

Since there are no standard rules for defining these nonfinancial metrics, companies have taken some, perhaps, unexpected approaches. For example, Twitter users can have application programs that contact Twitter for I periodic updates, and this type of nonuser interaction is counted in the daily and monthly active user metrics it reports. Twitter estimates that 8% of its users have applications with this capability. In its active user counts, Facebook includes users who take an action to share content, such as clicking a "like" button on a third-party website; that is, someone may be counted as an active Facebook user without actually being on facebook.com. And, as both Twitter and Facebook generate the vast majority of their revenue through ads, how "active" an active user is, is not trivial. From an investor perspective, comparing companies on the same nonfinancial metric has limitations when the companies define the same term differently.

Devin Knauft, assistant controller at Pandora, said in an interview that the investor community looks to nonfinancial metrics as leading indicators of future financial performance and, as such, weighs them more so than the traditional financial statements. The other social media companies discussed in this article did not respond to a request for comment.

The majority of the data and calculations that compose the nonfinancial metrics come from the reporting companies. In some cases, there are third-party companies, disclosed in the 10-Q, that collect user data based on sampling. Pandora uses the services of one such company, Triton, to quantify reach and usage in order to compare it to terrestrial radio. Yelp uses Google Analytics to compile and report its unique visitors but does not include mobile usage in that metric, according to its 10-Q for the period ended March 31. LinkedIn reports unique visitors and page views based on data provided by comScore. Social media companies recognize and disclose that metrics can be inaccurate due to user behavior or technical issues as noted in Exhibit 2. 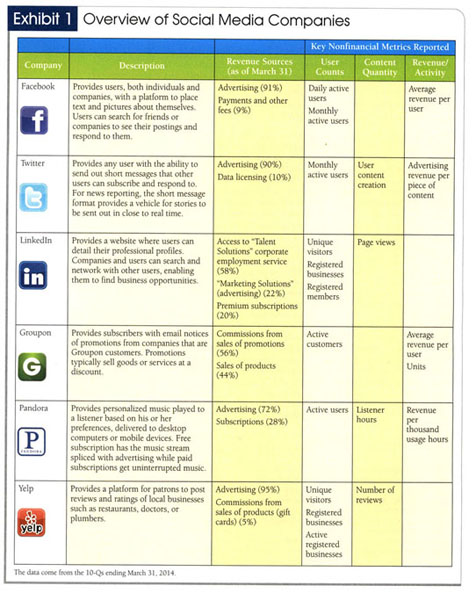 Are social media companies' nonfinancial metrics indicators of financial performance? FASB set forth in its Conceptual Framework that "the objective of general purpose external financial reporting is to provide information that is useful to present and potential investors and creditors and others in making investment, credit, and similar resource allocation decisions." Preparers of financial statements are required to adhere to the standards set forth by FASB to ensure comparability and consistency in financial reporting. Consequently, the financial statements have traditionally been the vehicle through which a company can communicate its performance to the market, and that performance should ideally be reflected in the company's share price.

Many social media companies enjoy sizable market capitalizations that are apparently not supported by traditional, audited financial measures but rather by unaudited nonfinancial metrics. However, these nonfinancial metrics may not correlate with financial success. The increasing user activity reported in the unaudited MD&A has not necessarily translated into profits reported within a company's audited financial statements. Exhibit 3 highlights that no relationship exists, with the exception of Facebook, between each company's income (loss) from operations and the primary non-financial metric it reports to indicate its level of user engagement.

The MD&A provides a comprehensive overview of the company's business and financial condition. The SEC's basic and overriding requirement of the MD&A is to "provide such other information that the registrant believes to be necessary to an understanding of its financial condition, changes in financial condition and results of operations." It should not merely be a narrative outlining the financial statements, but rather it should contribute to the overall financial and operational performance of the company through management's unique perspective.

The SEC provided further interpretive guidance on the MD&A stating that "companies should identify and discuss key performance indicators, including nonfinancial performance indicators, that their management uses to manage the business and that would be material to investors." The guidance also states that when "there is no commonly accepted method of calculating a particular non-financial metric, it should provide an explanation of its calculation to promote comparability across companies within the industry." 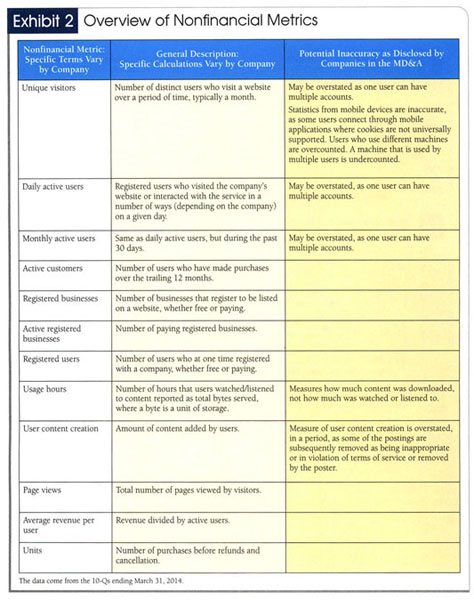 Companies may, but are not required to, engage audit firms to perform an attest engagement with respect to the MD&A. This engagement is a review or examination rather than a full audit of the information presented. For example, a review consists principally of applying analytical procedures and making inquiries of persons responsible for financial, accounting, and operational matters. With respect to nonfinancial data, the auditor conducting a review must consider whether the definitions used by management for this non-financial data are reasonable and if suitable criteria such as industry standards exist.

The Forms 10-K, 10-Q, and S-1 are client-submitted documents, and the auditor is not responsible for verifying all the information that is disclosed. The MD&A portion of these filings, therefore, provides information that is, for the most part, unaudited. In the required audit, the auditor has no responsibility to verify nonfinancial measures nor any financial information not already disclosed in the audited financial statements. The nonfinancial metrics reported by social media companies and other industries do not undergo an audit to validate the accuracy of their definitions or calculations. While companies can engage the audit firms to perform a review or examination of the MD&A, this is not required and generally not conducted. Even with a review or examination in place, the auditor cannot gain assurance as to the validity of the nonfinancial metrics without some guidance from industry standards.

The growth in the social media industry brings with it new challenges in financial and nonfinancial reporting. While the companies boast huge market capitalizations, their financial performance, traditionally viewed as the driver of a company's stock price, does not seem to be in line with these figures. There does not appear to be a relationship between the income a company is reporting and its market capitalization. Rather, social media companies are relying on nonfinancial metrics to serve as performance indicators. The nonfinancial metrics are fraught with inconsistencies and potential inaccuracies, and neither the data, nor the procedures used to collect the data, nor the calculations undergo an audit to validate the accuracy of their definitions or calculations. 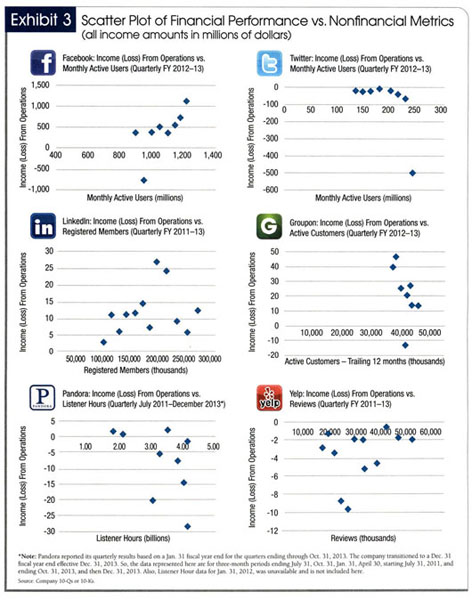 Management has the right and duty to report its performance from its unique perspective within the MD&A. With continued growth in the reporting of nonfinancial metrics, the audit profession may need to reevaluate its current requirements related to the MD&A. The existing audit model is not equipped to opine on companies that place more emphasis on nonfinancial metrics than on traditional financial measures to express their performance, nor can it provide assurance to investors relying on such metrics.

While companies can engage the audit firms to perform a review or examination of the MD&A, this is not required and generally not conducted. Even with such an engagement in place, the auditor cannot gain assurance as to the validity of the nonfinancial metrics without some guidance from industry standards. With the SEC's guidance, the social media industry should look to develop some standardization of its non-financial metrics to allow for a possible review and some form of verification by an external auditor.

At the very least, auditors may want to consider disclosing their responsibility, or lack thereof, with respect to nonfinancial metrics reported in the company's MD&A. A disclaimer stating that the information does not undergo an audit or other attest engagement may highlight to investors that this information is purely a representation by management. The disclaimer could include any reservations the auditor has about the accuracy of the data and their connection to future profitability or market value. This issue is of growing concern to regulators, and investors should be aware of the dichotomy that can exist between unaudited nonfinancial metrics and audited financial measures as clearly evidenced in the social media industry.

Theresa F. Henry (theresa.henry@ shu.edu) is an associate professor of accounting and taxation, and David A Rosenthal (david.rosenthal @shu.edu) and Rob R. Weitz (rob.weitz@shu.edu) are associate professors of computing and decision sciences, all at Seton Hall University in South Orange, N.J.

To comment on this article or to suggest an idea for another article, contact Neil Amato, senior editor, at namato@aicpa.org or 919-402-2187.