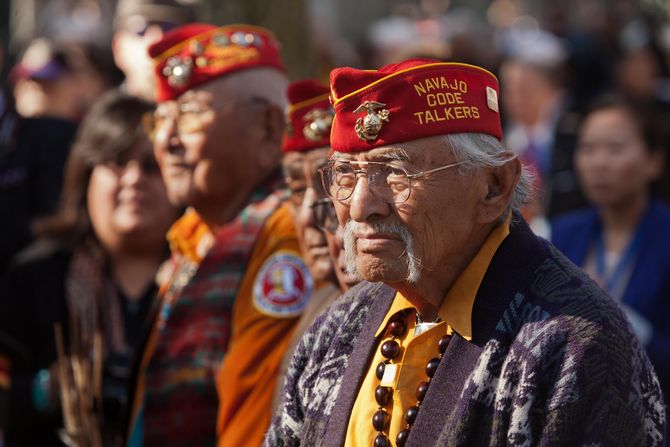 The first Native Americans came from the continent of Asia about 14,000 years ago. At the time, dry land connected Asia and North America. The Native Americans settled in the North and hunted animals for food. They moved many times to find animals to hunt.

Native Americans have many different cultures. The Inuit live in the far North of Canada and Alaska. Many still hunt and fish for food like their ancestors did. They make clothes out of animal fur to stay warm in the cold weather.

The Iroquois are made up of several Native American tribes. A tribe is a group of people from the same family or community. The Iroquois live in the Northeastern United States and Canada. For many years, the Iroquois were farmers who grew corn, beans, and squash. Today, they work in many different jobs.

The Sioux live in the Midwest in both the United States and Canada. The Sioux often call themselves by their traditional names, the Lakota and Dakota. The Sioux were once great hunters who hunted buffalo on the Great Plains. Today, many Sioux live on reservations in North and South Dakota.