Natural gas often formed along with petroleum (oil) hundreds of millions of years ago. As plants and tiny animals died, their remains built up in many layers. Underground pressure and heat gradually changed the remains into gas and petroleum.

The gases that make up natural gas include methane, ethane, propane, butane, and other substances. Because these gases burn very easily, they are valuable as fuels.

Gas may also be made from coal and petroleum. This type of gas is called manufactured gas.

To get natural gas out of the ground, workers drill a well into the gas reservoir. The gas rises through a pipe to the surface. Special equipment then purifies, or cleans, the gas.

The clean gas may be stored underground or sent through pipelines to where it is needed. Gas pipelines can be hundreds of miles long. Natural gas may also be cooled into a liquid form and then shipped in tanks. 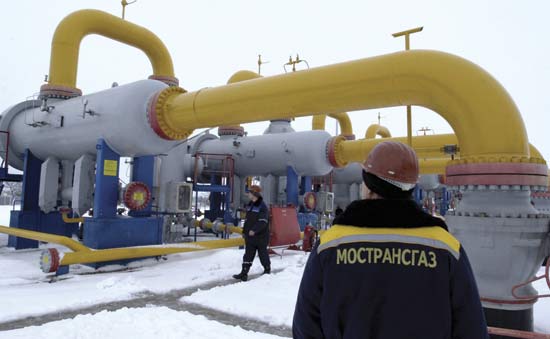