Where Silver Is Found

Silver is found in small quantities throughout the world. It exists in a pure form, but it is also present in many naturally occurring minerals. The most abundant include argentite and tetrahedrite. Most of the ores, or rocks, that contain silver also contain the important metals lead, copper, or zinc or a combination of the three. A great deal of silver therefore is recovered in the process of removing the other metals.

Silver mining has played a major role in history at several different times. In ancient times, the people of Carthage established mines in north Africa and Spain that made them wealthy. In the 200s bc the Roman Empire went to war with Carthage in order to share in this wealth. Spain continued to produce a large amount of silver for almost 1,000 years. Spanish conquerors later took over what is now Mexico and parts of South America in order to control the large silver deposits there. In the 1800s a large deposit of silver was discovered in what is now the U.S. state of Nevada. It was called the Comstock Lode, and it brought many people to the region. In the early 21st century Peru, Mexico, China, Australia, Canada, the United States, and Chile were the largest producers of silver.

Silver is a shiny, white metal. It is very easy to shape or to draw out into a long wire. Heat and electricity travel very easily through silver. It can also survive extreme temperatures.

When ancient peoples discovered silver they used it to make decorations and jewelry. Silver ornaments and other objects have been found in royal tombs dating back as far as 4000 bc. The metal was used as money by about 800 bc. Silver is fairly soft so it scratches easily. People eventually learned to combine it with other metals, particularly copper, to make jewelry and silverware stronger. 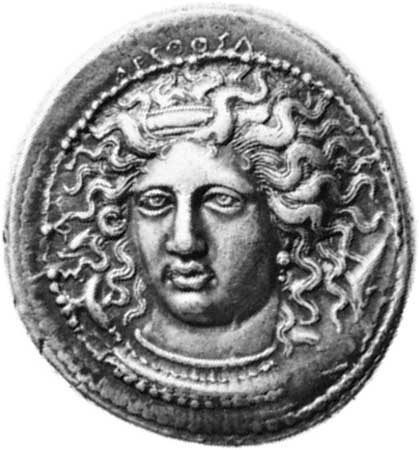 A silver coin from about 400 bc shows a mythological figure called a nymph. Reproduced with permission of the trustees of the British Museum; photograph, Ray Gardner for The Hamlyn Publishing Group Limited

In more recent times scientists have learned to use silver in many other ways. It can be combined with tin, copper, and zinc to make fillings for teeth. Because it conducts electricity so well it is used to make electrical products, including batteries. Silver also reflects light extremely well. It has therefore been used to make mirrors, and scientists have developed a coating for windows made of invisible silver. This reflects the sun’s heat back into the atmosphere.

In the late 1900s these uses became more important than using silver as money. For many years coins in the United States contained at least some silver. In the 1960s that practice came to an end. Silver continues to be used for jewelry and decorative objects as well.