In 2015, California set a big goal. Lawmakers there pledged to produce half of the state's electricity using renewable resources by 2030. Last fall, California announced that it's on pace to meet that goal 10 years early.

Most of the electricity used in the United States comes from burning fossil fuels, such as natural gas and coal. Fossil fuels come from the ground and will eventually run out. Renewable resources, like sunlight and wind, will never be used up. Using them also produces less pollution than burning fossil fuels. 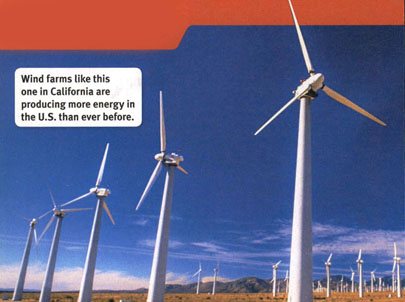 Since California made its pledge, companies have built new solar power plants and wind farms across the state. California aims to get all of its electricity from renewable sources by 2045.

Caption: Wind farms like this one in California are producing more energy in the U.S. than ever before. 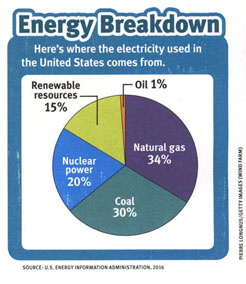