One morning, Little Bunny woke up to find snow. Hooray! Now I can use my new red sled! he thought.

He bundled up and got his sled. Then he went to Squirrel's house. 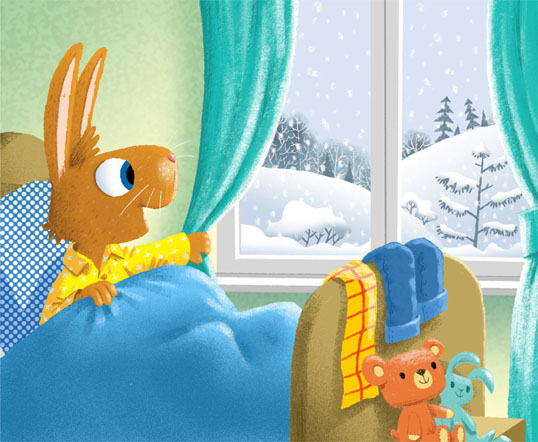 Squirrel sighed. "My sled broke the last time I used it."

"That's too bad," said Little Bunny. He thought, I will be extra careful with my sled. 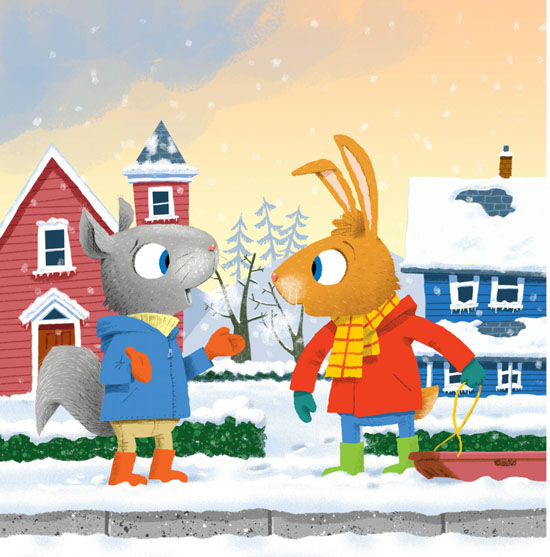 Little Bunny went by himself to Holly-Jolly Hill, behind his house. He coasted down. By himself. He pulled his sled up the hill again. By himself.

Sledding by myself is not as much fun as sledding with Squirrel, thought Little Bunny. Squirrel and I could take turns on my sled. But Squirrel broke his sled. What if he breaks mine?

Little Bunny remembered what Mama had said when he accidentally broke her vase. "After all, it's only a vase." 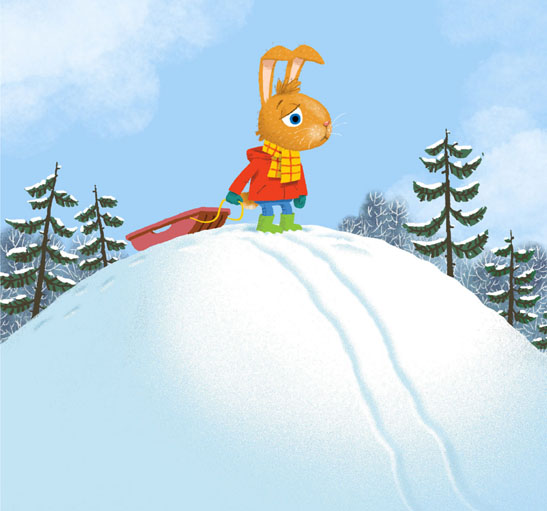 Off he went to get Squirrel. Then Little Bunny and Squirrel took turns going up and down Holly-Jolly Hill. They swooped and whooped. They tumbled and laughed.

When it was time to go, Squirrel noticed a scratch on Little Bunny's new sled. "Oh no!" he said. 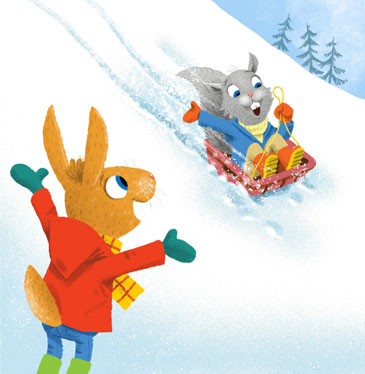 Little Bunny smiled. "It's OK. After all, it's only a scratch." And then he said, "Want to go sledding again tomorrow?" 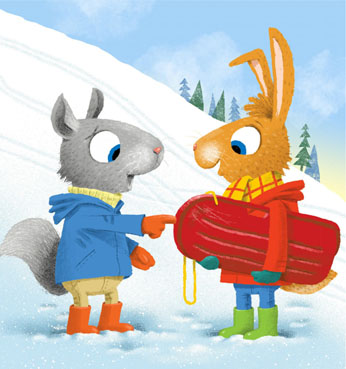