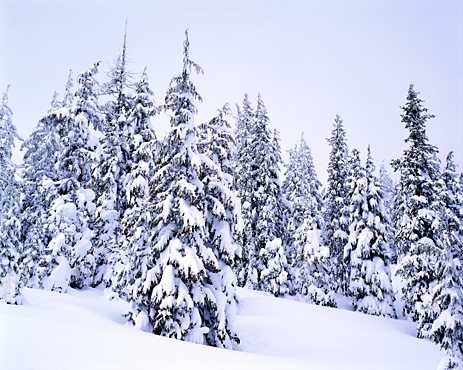 Snow is a form of precipitation (pree‐sip‐i‐TAY‐shun), just like rain. All precipitation begins as ice crystals. These crystals are found in clouds. When weather temperatures are warm, the crystals melt into rain. In cold weather, they fall as snow.

No two snowflakes are alike. Each has its own special pattern and shape. But all snowflakes have six sides. There are six kinds of snowflake patterns. The most common type of snowflake is the star. The biggest star snowflake ever recorded was about the size of a sheet of printer paper. It fell in Siberia in 1971.

Everyone knows snow is cold. But lots of snow together can act as a blanket. Fresh snow is 90 to 95 percent trapped air. Imagine squishing paper into balls and tossing them in a pile. They would fall together, but there would be space in between each paper wad. That is what snow is like. The trapped air keeps in heat.

Blizzards are the most dangerous snowstorms. Winds can blow 35 miles per hour (56 kilometers per hour). Snow might be blowing. Visibility can be less than one-fourth of a mile (.40 kilometers). Visibility is how far the eye can see.