AHARON APPELFELD'S childhood ended when he was nine years old. The Nazis invaded his hometown of Czernowitz, Romania, in July 1941, murdered his mother, herded the Jews into a ghetto, and, a few months later, sent whomever had not been shot or starved to death on a forced march across the Ukraine to a labor camp. Appelfeld and his father miraculously survived, and, even more miraculously, young Aharon escaped from the camp shortly after he arrived there, in the pages of A Story of a Life (an excerpt from which follows), he describes hiding in the Ukrainian forests and working in the Soviet army's field kitchens, "passing" as an orphaned gentile and then moving through the displaced persons' camps after the war, and arriving in Palestine in 1946. After a two-year stint in the newly formed Israeli army, Appelfeld continued his education, which had been interrupted after the first grade, studying literature and philosophy at Jerusalem's Hebrew University (1952-56), and mastered the Hebrew language, publishing his first poems in the early 1950s and a collection of stories, Ashan (Smoke), in 1962. Since achieving worldwide fame with Badenheim 1939 in 1980, his works--which have been reviewed in the pages of Books Abroad and WLT since the early 1970s--have been translated into many languages, including English, French, German, Spanish, Russian, and Japanese. For more on Appelfeld's life and work, see "Aharon Appelfeld: A Hundred Years of Jewish Solitude," by Gila Ramras-Rauch, WLT 72:3 (Summer 1998), 493-500; the monograph Aharon Appelfeld: The Holocaust and Beyond (1994) by the same author; Aharon Appelfeld: From Individual Lament to Tribal Eternity (200l), by Yigal Schwartz; and the entry by Naomi B. Sokoloff in the Dictionary of Literary Biography 299 (2004).

In the Wilderness: Stories by Aharon Appelfeld (1965)

Beyond Despair: Three Lectures and a Conversation with Philip Roth (1994) 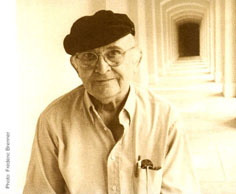 "A sense of the fantastic hovers over Appelfeld's Holocaust writing of the last twenty years. He never describes these horrors directly, but rather relates the life that preceded the Holocaust and followed it, never putting language to the test of finding a metaphor for the heart of darkness."--Gila Ramras-Rauch, WLT 56:4 (Autumn 1982), 745

"Aharon Appelfeld, winner of the distinguished Jerusalem Prize and arguably Israel's outstanding living writer, contemplates Jews of the Holocaust in his stories as one might examine peripheral figures in a Bosch painting or analyze a single one of Seurat's colored dots. Assuming the reader's knowledge of the larger canvas, he eschews the horrible in portraying ordinary people's existence against a backdrop of inconceivable menace.... His stories become parables, and characters loom as symbols struggling in a malevolent environment."--Emanuel Rubin, WLT 61:3 (Summer 1987), 487

"Despite invariably being described as a Holocaust writer, Appelfeld has expanded his poetic republic beyond the boundaries of the Holocaust. At the core of his writing is a fascination with the quintessential nature of the Jew and Judaism in the modern era.... His zeal is that of a survivor/witness who wants to explore a verbal world of a lost Jewish tribe.... This fascination allows for a synoptic view of Jewish history that finds his characters in a timeless convoy toward the chosen land and places them on modern trains they refrain from disembarking."--Gila Ramras-Rauch, WLT 76:1 (Winter 2002), 231-32