AFTER SEPTEMBER 11, 2001, huge swaths of the federal government reorganized around the idea of fighting terrorism. The Transportation Security Administration (TSA) became a maximally intrusive and minimally effective part of every traveler's life. The FBI, which had failed to connect the dots on the 9/11 plot, received billions more in funding. The Department of Homeland Security, a shiny new Cabinet-level bureaucracy with an Orwellian name, grew at a rate that would make Clifford the Big Red Dog turn green with envy. The PATRIOT Act whisked away Americans' privacy, and the Authorization for Use of Military Force plunged the nation into a new type of endless war. The security state that had been unable to prevent a terror attack on American soil was showered with gross sums of money and far-reaching new powers as a result.

But at least, the hawks thought, we'd be ready for the next crisis.

The next crisis was the financial meltdown of 2008. As many of the country's major financial institutions spiraled downward, the concept of "too big to fail" took on new meaning. The outgoing Republican president, George W.

Bush, declared that he'd "abandoned free market principles to save the free market system." In the wake of the crash came complex new regulations on banks and financial markets, including Dodd-Frank at home and Basel III abroad. These constrained the global banking institutions while granting financial regulators the authority to inspect balance sheets and to demand changes in corporate strategy. All the while, governments seemed to signal that if trouble came knocking again, the feds would likely once again socialize the banks' risk. 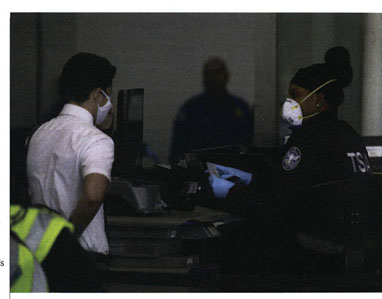 But at least, the regulators thought, we'd be ready for the next crisis.

ENTER THE CORONAVIRUS. Once again, the existing government players have not covered themselves in glory. As Jacob Sulhun documents in "When Should Force Be Used To Protect Public Health?" (page 18), the Food and Drug Administration (FDA), the Centers for Disease Control and Prevention (CDC), and the surgeon general issued confusing and misleading guidance and imposed unhelpful constraints on the manufacture and dissemination of masks and tests, overstepping their boundaries and making things worse in the process. The White House contradicted itself constantly in the crucial early days--and in the crucial later ones as well. State governors and their health agencies swayed in the winds of public and expert opinion.

We do not yet know whether the measures taken by public officials were effective in controlling the spread of the virus. Unfortunately, we can be fairly confident about what the next steps in this dance will be. Sometime in 2021, the American people will be presented with a reorganized and newly empowered federal public health bureaucracy. It will strike many, initially at least, as a sensible response to the pandemic. As time passes, it will grow in size and scope. Though theoretically focused on disease control, it will wield enormous power over the economy, with the capacity to shutter entire regions or industries in the name of saving lives. It will constantly be looking for ways to justify itself, reaching toward everything from climate change to gun violence to the food system.

It won't be the only bureaucracy growing. As Veronique de Rugy explains in "Disaster Relief for Small Businesses Is a Disaster All Its Own" (page 43), the federal government has already responded to the coronavirus pandemic by heaping cash and responsibility on one of its more strikingly inept agencies, the Small Business Administration.

Public schools, which have struggled mightily with the rapid switch to online learning, will almost certainly be the recipients of large grants. They will spend the money fighting the last war, preparing for rapid-onset distance learning in ways that may never be directly relevant again. A new army of online learning specialists will spring up and be stationed at every school. They will mostly fail to squeeze new methods into old models, they will join the teachers union, and they will never go away.

A new surveillance apparatus will be established, perhaps under the auspices of the public health behemoth, perhaps in cooperation with existing law enforcement. It will take our temperatures in public spaces and require private institutions to do the same in their own domains. Our phones will become little pocket nares, telling government snoops whom we have bumped into lately. This, too, will require more funding, more authority, and more powerful tools.

IN EACH OF the previous crises, the government acted both too quickly and too slowly. The PATRIOT Act was signed into law a little over a month after 9/11, and the TSA was created shortly after that. But actual airport security procedures took years to implement, and only after subsequent attack attempts did additional rules accumulate like sediment. In 2008, bailouts hit banks' coffers with lightning speed but the rules and compliance costs rolled in slowly and unpredictably, especially since Congress left so much of the actual rulemaking to unaccountable regulators. In both cases, tens of thousands of new employees were hired as agents of an ever-more-intrusive state, creating a massive new class of people who are beholden to and perhaps co-opted by the federal government. Expect the same to happen again.

Lurking in the background of each of these new buildups is the question of who will pay. Between each crisis, the United States experienced long periods of prosperity and growth. Our political leaders have chosen not to save for a rainy day and--except in very rare cases--not to roll back interventions that turned out to be unnecessary, expensive, or counterproductive. So we walked into the coronavirus crisis with fewer options, more limited resources, and more distractions.

And we're not ready for the next crisis.

KATHERINE MANGU-WARD is editor in chief of Reason.