A calendar is a system for representing divisions of time. Known as dates, the most common division of time on a calendar is the day. Most calendars are based on the motion of astronomical bodies such as Earth, the Sun, and the Moon. Throughout recorded history of humankind, many calendars have been created.

The existence of ancient stone calendars, preserved from as far back as 2500 bce, shows that civilizations throughout the centuries have felt a need to organize time into days, months, and years. Without calendars it would have been impossible to record historic events or to set dates for annual holidays (such as religious observances). In today's daily lives people use calendars to keep track of birthdays, to set up appointments, to make summer vacation plans, and for many other purposes.

Units of time are defined by three different types of motion: a day is one rotation of Earth about its axis; a month is one revolution of the Moon around Earth; and a year is one trip of Earth around the Sun. Making a yearly calendar, however, is no simple task because these periods of time do not divide evenly into one another. For instance, it takes the Moon 29.5 days to orbit Earth, and it takes Earth 365.242199 days to orbit the Sun. The calendar people use currently has rules to account for the extra fraction of a day in each year.

Today's calendar is the latest in a series that have been developed, improved upon, and standardized over time. The original model for the modern calendar was created by the ancient Romans and Greeks as far back as the eighth century bce. The first known big improvement to that 365-day calendar was made by Roman leader Julius Caesar (c. 100-44 bce) in the year 46 bce. With the help of astronomer Sosigenes of Alexandria, Caesar developed a system that gave 365.25 days to each year. In this new Julian calendar (named after Caesar) an extra day, or leap day, was added to every fourth year. 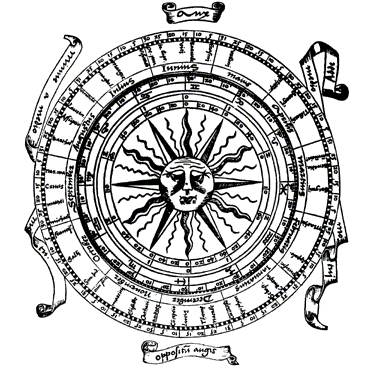 The Julian calendar, however, was still off by eleven minutes and fourteen seconds each year. That amount of time might not sound like much, but over four centuries it added up to just over three days. One consequence of this change was that the vernal equinox (the first day of spring in the Northern Hemisphere) slipped back from March 25 to March 21. By the mid-1500s the calendar was another ten days ahead of Earth's natural yearly cycle.

By 1582, the beginning of spring had moved back to March 11, and it was once again necessary to adjust the date so it would line up with the seasons. Pope Gregory XIII (1502-1585), who was the Catholic Pope from 1572 to 1585, introduced another change in the calendar in an attempt to narrow the gap between the Julian calendar of 365.25 days per year and the natural year consisting of 365.242199 days per year.

First, Gregory declared that the current date would be set ahead ten days in order to bring the start of spring back to March 21. Then he proceeded to eliminate three days from every four centuries in the future. This was accomplished by modifying the leap-year rule, so that only one of every four century-years would be a leap year. Under the Julian calendar, every century-year (200, 300, 400, etc.), divisible by four, was designated as a leap year. Gregory ruled that only those century-years divisible by four hundred (400, 800, 1200, etc.) would be a leap year. The new calendar was named the Gregorian calendar and is still in use today in most of the Western world.

The Gregorian calendar, although not perfect, is accurate to within 0.000301 days (or 26 seconds) per year. At this rate, it will be off by one day every thirty-three hundred years. Now into the twenty-first century, humanity still has nearly two millennia before the extra day catches up with its calendar. This period of time should be ample for calendar makers to find a solution.