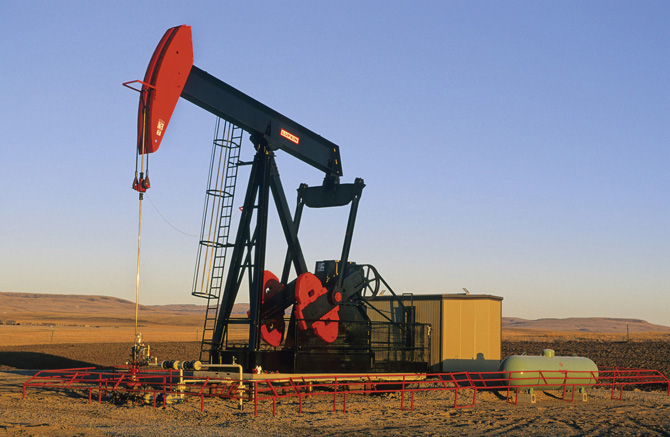 In early societies, wood or other biological fuels were the main energy sources. Today, in many non-industrial societies, they continue to be used widely. Biological fuels may be seen as part of a solar economy where energy is extracted from the sun in a way that makes them renewable. However, industrialization requires energy sources at much higher density and these needs have generally been met through the use of fossil fuels such as coal, gas, or oil. In the twentieth century, a number of other options, such as nuclear or higher density renewable energy sources (wind power, hydroelectric power, etc.), became available. Nevertheless, into the twenty-first century, fossil fuels still represent the principal source of energy for most of the industrialized world.

Petroleum can probably be produced from any kind of organism, but the fact that these sedimentary deposits are more frequent in marine sediments has suggested that oils arise from the fats and proteins in material deposited on the sea floor. These fats would be stable enough to survive the initial decay and burial but sufficiently reactive to undergo conversion to petroleum hydrocarbons at low temperature. Petroleum consists largely of paraffins or simple alkanes, with smaller amounts of naphthenes. There are traces of aromatic compounds, such as benzene, present at the percent level in most crude oils. Natural gas is an abundant fossil fuel that consists largely of methane and ethane, although traces of higher alkanes are present. In the past, natural gas was regarded very much as a waste product of the petroleum industry and was simply burnt or flared off. Increasingly, it is being seen as the favored fuel.

Coal, unlike petroleum, contains only a little hydrogen. Fossil evidence shows that coal is mostly derived from the burial of terrestrial vegetation with its high proportion of lignin and cellulose.

Most sediments contain some organic matter, and this can rise to a high percentage in shales. Here, the organic matter can consist of both coals and bitumens. This organic material, often called sapropel, can be distilled to yield petroleum. Oil shales containing the sapropel kerogen are very good sources of petroleum. Shales are considered to have formed where organic matter was deposited along with fine grain sediments, perhaps in fjords, where restricted circulation keeps the oxygen concentrations low enough to prevent decay of the organic material.

Fossil fuels are mined or pumped from geological reservoirs where they have been stored for long periods of time. The more viscous fuels, such as heavy oils, can be quite difficult to extract and refine, which meant that the latter half of the twentieth century saw lighter oils being favored. However, in recent decades, natural gas has been popular because it is easy to pipe and has a somewhat less damaging impact on the environment. These fossil fuel reserves, although large, are limited and non-renewable. According to BP, as of 2019, the total proved oil reserves in the world were estimated at about 1.730 trillion barrels. About 40 percent of the world's proved oil reserves are located in the countries of the Middle East, with 80 percent of these reserves contained within the OPEC countries. Natural gas reserves are estimated at 7,124 trillion cubic feet. Heavy oil and bitumen amount to about 434 and 651 billion barrels, respectively. The gas and lighter oil reserves lie predominantly in the Eastern Hemisphere, which accounts for the enormous petroleum industries of the Middle East. The heavier oil and bitumen reserves lie mostly in the Western Hemisphere. These are more costly to use and have been for the most part untapped. About 72 percent of available coal is shared between China, Russia, and the United States.

Petroleum is not burnt in its crude form but must be refined, which is essentially a distillation process that splits the fuel into batches of different volatility. The lighter fuels are used for automobiles, with heavier fuels used as diesel and fuel oils. Modern refining can use chemical techniques in addition to distillation to help make up for changing demands in terms of fuel type and volatility.

The combustion of fuels represents an important source of air pollutants. Although the combustion process itself can lead to the production of pollutants, such as carbon or nitrogen oxides, it has often been the trace impurities in fossil fuels that have been the greatest source of air pollution. Natural gas is a much-favored fuel because it has only traces of impurities such as hydrogen sulfide. Many of these impurities are removed from the gas by relatively simple scrubbing techniques, before it is distributed. Oil is refined, so although it contains more impurities than natural gas, these become redistributed in the refining process. Sulfur compounds tend to be found only in trace amounts in the light automotive fuels. Thus automobiles are only a minor source of sulfur dioxide in the atmosphere. Diesel oil can have as much as a percent of sulfur, and heavier fuel oils can have even more, so in some situations, these can represent important sources of sulfur dioxide in the atmosphere. Oils also dissolve metals from the rocks in which they are present. Some of the organic compounds in oil have a high affinity for metals, most notably nickel and vanadium. Such metals can reach high concentration in oils, and refining will mean that most become concentrated in the heavier fuel oils. Combustion of fuel oil will yield ashes that contain substantial fractions of the trace metals present in the original oil. This means that an element like vanadium is a useful marker of fuel oil combustion.

Coal is often seen as the most polluting fuel because low grade coals can contain large quantities of ash, sulfur, and chlorine. However, the quantity of impurities in coal can vary widely, depending on where it is mined. The sulfur present in coal is found both as iron pyrites (inorganic) and bound up with organic matter. The nitrogen in coal is almost entirely organic nitrogen. Coal users can choose a fuel that meets their requirements in terms of the amount of ash, smoke, or pollution risk it imposes. High-rank coals such as anthracite have high carbon content. They are mined in locations such as Pennsylvania (United States) and South Wales (Great Britain), and they contain little volatile matter and burn almost smokeless. Much of the world's coal reserve is bituminous, which means that it contains from 20 to 25 percent of volatile matter.

The fuel industry is also responsible for pollutants and environmental risks that go beyond those produced by the combustion of its products. Mining and extraction processes result in spoil heaps, huge holes in open cast mining, and the potential for slumping of land (conventional mining). Petroleum refineries are large sources of hydrocarbons, although not usually the largest anthropogenic source of volatile organic compounds in the atmosphere. Refineries also release sulfur, carbon, and nitrogen oxides from the fuel that they burn. Liquid natural gas and oil spills are experienced both in the refining and transport of petroleum.

Being a solid, coal presents somewhat less risk when transported, although wind-blown coal dust can cause localized problems. Coal is sometimes converted to coke or other refined products such as Coalite, a smokeless coal. These derivatives are less polluting, although pollution damage occurs near the factories that manufacture them. Despite this, the conversion of coal to less polluting synthetic solid, liquid, and gaseous fuels would appear to offer much opportunity for the future.

One of the principal concerns about the current reliance on fossil fuels relates less to their limited supply and more to the fact that combustion releases such large amounts of carbon dioxide. Human use of fossil fuels during the twentieth century--and now into the twenty-first century--has increased the concentration of carbon dioxide in the atmosphere. There is mounting evidence that this has increased the temperature of Earth's atmosphere through an enhanced greenhouse effect.