A radioactive tracer is a substance that contains a radioactive atom to allow easier detection and measurement. Radioactivity is the property possessed by some elements of spontaneously emitting energy in the form of particles or waves by disintegration of their atomic nuclei. A?tracer molecule continually gives off radiation that can be detected with a Geiger counter or some other type of radiation-detection instrument. Radioactive tracers have applications in medicine, industry, agriculture, research, and many other fields of science and technology.

Radioactive molecules that can be used as tracers are called radioisotopes or radionuclides. An isotope is a form of an element with a different number of protons and neutrons than it has in its usual state. A radioactive isotope decays into other elements by losing or gaining protons and emitting energy. Each element decays at a specific rate. The time it takes for half a quantity of an isotope to decay is called its half-life. Radioactive decay is much more energetic than chemical reactions, which makes it easy to measure with devices such as Geiger counters, and this factor is what makes it useful as a tracing technique. 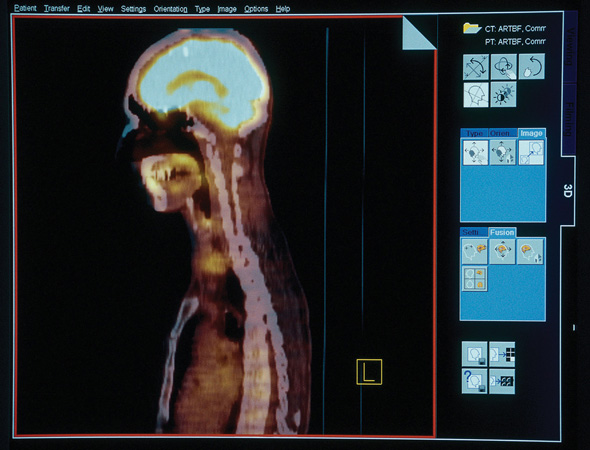 In medicine, radioactive tracers are widely used to measure metabolic processes such as the processing of the sugar glucose in the blood. They are also used in scans such as PET scans (positron emission tomography) and other diagnostic techniques. Radioactive iodine is often used to measure thyroid gland functioning and disease. The use of radioactive tracers in medicine is called nuclear medicine, which is a useful tool, but doctors try to minimize the use of radioactive materials with patients because radiation is physically damaging to humans.

The same technique can be used in biological research, such as research on cells or tissues. Plant scientists, for example, can add radioactive phosphorus to plant fertilizer and then trace the movement of the radioactive molecules through the plant's tissues to learn how plants move nutrients.

Oil companies use radioactive tracers to find cracks in deep rocks in the drilling technique called hydraulic fracturing, or fracking. Oil companies sometimes add radioactive elements to oil that they ship through pipelines so that they can identify their own oil and distinguish it from the oil from other companies.