Petitioner's Claim: That preventing newspapers from publishing a top secret report on the government's involvement in the Vietnam War violated the First Amendment.

Decision: The freedom of the press prevented the federal government from stopping the newspapers.

Significance: The Supreme Court emphasized that "prior restraints" on publication are almost always illegal under the First Amendment. 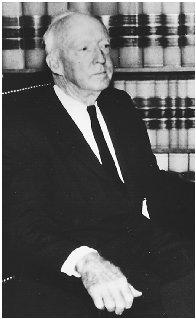 Military conflict leading to the Vietnam War (1954–75) began even before World War II (1939–45). The people of Cambodia, Laos, and Vietnam were fighting to free themselves from French control. Beginning with President Harry Truman in 1945, America pro-mised to help France maintain control in the region. By 1969, America had over half a million troops fighting in the Vietnam War.

Public opinion about the war was mixed, with many people highly critical of America's involvement. By the mid-1960s, even some government officials began to question whether America should be involved. This led Secretary of Defense Robert McNamara to prepare a forty-seven volume report called "History of U.S. Decision-Making Process on Vietnam Policy." Many parts of the report were classified "TOP SECRET." They would come to be called the "Pentagon Papers."

Daniel Ellsberg, an employee of the RAND corporation, helped prepare the report. Initially he was very much in favor of America's involvement in Vietnam. After spending some time in Vietnam and watching innocent civilians die, however, Ellsberg turned against the war. As he prepared the report for McNamara, Ellsberg decided that the public needed to learnPage 42  |  Top of Article how and why the federal government had involved America in what Ellsberg thought was an evil and unnecessary war.

In 1969, Ellsberg took eighteen volumes of the report from Washington, D.C., to Santa Barbara, California, where he rented a copy machine and copied them. Ellsberg then tried to convince some government officials to help him release the report to the public. When that failed, Ellsberg gave the report to the New York Times in March 1971.

After reviewing the report for three months, the New York Times printed its first article about the Pentagon Papers on June 13, 1971. The Times published more articles on June 14 and 15, and the Washington Post began printing articles on June 18.

Less than three weeks after the cases began, the Supreme Court voted 6–3 in favor of the newspapers. The Court said that stopping the publications would violate the First Amendment freedom of the press. The Court could not agree on a reason for its decision. Therefore, the justices each wrote separate opinions sharing their views about the case.

Justices Hugo Lafayette Black and William O. Douglas wrote opinions describing the history of the First Amendment. They told how America's founders were afraid the federal government might use itsPage 43  |  Top of Article powers to violate their freedoms of speech, religion, assembly, and the press. In 1789, future president James Madison drafted the First Amendment to protect those freedoms.

Madison knew that a free press would be especially important for helping the public keep its eye on the government. Without a free press, the public would never be able to learn about the government's bad deeds. As Justice Black wrote, "Open debate and discussion of public issues are vital to our national health." Therefore, America adopted the First Amendment to prevent the government from stopping the publication of embarrassing information. Because the federal government was trying to prevent the Times and the Post from publishing information, Justices Black and Douglas said that the First Amendment would not allow it.

Justices Potter Stewart and Byron R. White wrote different opinions. They both agreed that the Pentagon Papers contained information that probably would hurt national security. But they also agreed that the First Amendment prevented the government from stopping the newspapers from publishing the report. Justice White warned, however, that the First Amendment would not prevent the government from filing criminal charges if the newspapers violated criminal laws against revealing national defense secrets.

Justices Harry A. Blackmun, Warren E. Burger, and John Marshall Harlan II each wrote dissenting opinions, meaning they disagreed with the Court's decision. They said that the case was handled too quickly for the Court to consider it and make a proper ruling. (Most cases take years to get through the Supreme Court. Because of the serious nature of prior restraints, the courts resolved this case in just three weeks.) Justices Harlan and Blackmun also suggested that the Constitution allows the federal government to stop publications that will seriously damage national security.

Justice Blackmun's opinion ended on a very serious note. He pointed out that printing some of the secrets in the Pentagon Papers could result in "the death of soldiers, the destruction of alliances, the greatly increased difficulty of negotiation with our enemies, and the inability of our diplomats to negotiate" in Vietnam. Justice Blackmun warned that if the newspapers caused such damage by printing the Pentagon Papers, the American people would know who to blame.

American troop withdrawal from Vietnam quickened in 1971, when the Pentagon Papers were published. At the end of 1971 there were just 160,000 American troops in South Vietnam, compared to 335,000 at the beginning of the year. If public pressure helped quicken troop withdrawal, then the First Amendment served its purpose by allowing the newspapers to be watchdogs over the federal government.

Daniel Ellsberg faced criminal charges for stealing the Pentagon Papers. On June 28, 1971, the federal government charged him with theft of federal property. On December 30, 1971, charges of spying under the federal Espionage Act were added. Anthony Russo, Jr., who helped Ellsberg steal the report, faced similar charges.

The trial occurred in federal court in Los Angeles, California, with Judge William Matthew Byrne Jr. presiding. The trial began in July 1972, but then halted when Judge Byrne learned that the federal government was illegally taping the defendants' secret conversations. A second trial began in January 1973. Before it ended, however, Judge Byrne learned that the government had broken into the office of Ellsberg's psychologist to steal Ellsberg's file. He also learned about more illegal taping. In disgust, Judge Byrne dismissed the entire case against Ellsberg and Russo on May 11, 1973.

Pascoe, Elaine. Freedom of Expression: The Right to Speak Out in America. Brookfield, CT: Millbrook Press, 1992.