Master composer of the classical period; b. Rohrau, lower Austria, March 31, 1732; d. Vienna, May 31, 1806. When the seven-year-old boy's pleasant voice and general musicality aroused the interest of the imperial Kapellmeister Reutter, Haydn was taken to the court chapel at Vienna. As a choirboy he received a thorough general

and musical education, with opportunities to sing in the cathedral and at court. In 1749 his voice changed and he was unceremoniously dismissed. Hard years followed, during which he "barely managed to stay alive by giving music lessons to children," as he recalled. At the same time he continued to study and compose. A position as music director at a small court materialized in 1759; two years later he entered the service of the Esterházy family in Eisenstadt. Under Prince Nicholas I (reigned 1762–90) the musical establishment that Haydn directed grew in size and quality; his arduous duties included the composition of sacred music, primarily Masses. For the cathedral of Cádiz, Spain, he wrote the Seven Words of the Savior on the Cross (1785), a cycle of seven adagios for string quartet (a later version includes voices and additional instruments).

Under Prince Anton (1790–94), musical activities in Eisenstadt and at the summer residence, Esterháza, were greatly reduced. For the first time Haydn was free to travel, though he kept the court appointment. His two extensive journeys to England (1791, 1794) brought successes and honors, including a doctorate from Oxford. They also provided opportunities to hear impressive performances of HANDEL's oratorios, in the strong choral-singing tradition of 18th-century England. Partly as a result of these impressions Haydn composed his own oratorios, ThePage 674  |  Top of Article Creation (1798) and The Seasons (1801), which, despite some critical reviews, established his international fame more than any other works; their rousing choruses in particular achieved widespread popularity. Prince Anton's successor, Nicholas II, showed greater musical interest, particularly in sacred music. Haydn was asked to compose a series of Masses to be performed on the name day of the princess; he responded with his last great Masses: the Pauken messe or Missa in tempore belli (1796), Heiligmesse (1797), Nelson Mass (1798), Theresia Mass (1799), Schöpfungsmesse (1801), and Harmoniemesse (1802). His earlier sacred works included a Missa Brevis (c. 1750), the Grosse Orgelmesse (1766), the Missa Sanctae Ceciliae (c. 1770), Missa Sancti Nicolai (1772), Missa brevis Sti. Joannis de Deo (c. 1775), and Missa Cellensis (1782). In most of these the orchestra, though sometimes large, remains in the background. There are many vocal solos, some quite elaborate, others of simple, lyrical beauty. The Missa Sanctae Ceciliae is Haydn's longest—a solemn Mass in cantata style in which the subdivisions of the text (especially in the Gloria and Credo) are treated as independent movements. There are several extensive fugues. Among shorter compositions are two Te Deum and two Salve Regina settings; several motets are of doubtful authenticity.

After the Missa Cellensis, Haydn wrote no Masses for 14 years, chiefly because of restrictions imposed on church music during the reign of Emperor JOSEPH II (see JOSEPHINISM). The style of the last six Masses reflects his development (aided by his experiences in England) during the intervening years, notably in the handling of the orchestra. Vocal solos are in large part replaced by quartets. Individual movements are more compact, and the general tone tends to be more serious, especially in the Nelson Mass, perhaps his most frequently performed Mass today. Yet even in these late works passages occur in which the musical treatment seemed inappropriately gay. For this reason and others the Masses have often been considered inappropriate for the Catholic liturgy, despite their spirit of joy and exuberant faith. Haydn's often quoted reply to this accusation was, "When I think of the Lord my heart is so full of joy that the notes come running by themselves. Since God gave me a joyful heart He may forgive me for serving Him joyfully." 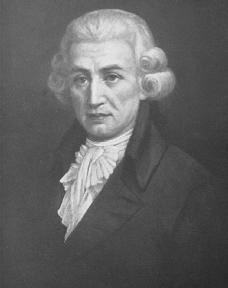